Ukraine needs to pay Russia $ 3 billion of debt, however, the Kiev authorities have repeatedly stated that is not going to do that, and to reach agreement on debt restructuring still failed. 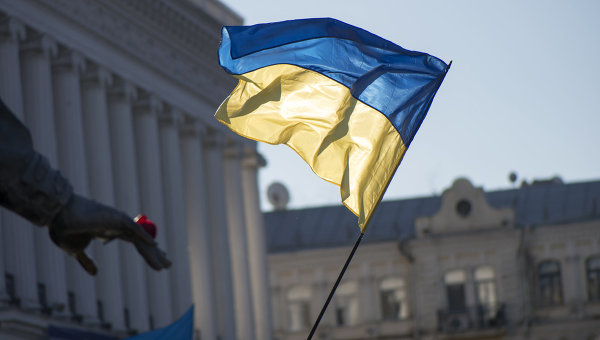 MOSCOW, 20 Nov. The Ukrainian authorities still have one month to find $ 3 billion to pay the debt to the Russian Federation or declare the country bankrupt, the maturity on three-year bonds, purchased by Russia in late 2013, will expire on December 20. While Kiev continues to make a good mine at bad game, reiterating that its proposal to creditors they did and Russia does not get better conditions than those they agreed the holders of restructured commercial debt.

Ukraine on 13 November, completed the restructuring part of the debt at $ 15 billion, of which $ 3 billion was written off. The Russian Federation did not participate in the restructuring, according to Ukrainian debt to a sovereign and not commercial. Ukraine insists that, because the debt issued in the form of Eurobonds, and restructure it need to equal for all holders of Ukrainian securities.

The Russian authorities understand that Ukraine simply has nothing to pay, and prefer to discuss issues with those who really know how to solve them — with the International monetary Fund (IMF).

The Russian President Vladimir Putin said Monday that Russia is ready to restructure Ukraine’s debt via installment payments for three years — one billion dollars a year. The obligations of Ukraine shall be guaranteed in the USA, the European Union or a major Bank. This year, Ukraine proposed to pay only the interest.

To date, Ukraine has regularly met its obligations on debt of the Russian Federation, paying off in two years, three coupons for $ 75 million each.

The Russian Finance Minister Anton Siluanov later said that Russia is waiting for the response of IMF to the Russian side’s proposals to the meeting of the Board of Directors, which is scheduled for December 8th. It is expected, will be considered changes to the lending rules of that financial institution.

“The IMF is an international organization that provides a program of financial assistance to Ukraine. But the debt problem can only be solved in the framework of this programme, because we know perfectly well that Ukraine has no money, hence, sources of debt repayment, probably not”, — explained the position of Russia assistant to the Minister of Finance Svetlana Nikitina.

The IMF does not hurry with the official answer. The managing Director of the Fund Christine Lagarde after meeting with Putin, called his proposal “interesting”. The IMF representative, however, stated that the Fund relies on more direct talks between Russia and Ukraine.

Direct meetings will be, promises the Finance Ministry, but later. “We are ready to negotiations”, — said Nikitin, despite earlier statements by the Prime Minister of Ukraine Arseniy Yatsenyuk that Kiev 3 billion will not pay.

“The basic condition — reducing debt by 20%, the transfer of all debts of four years. Do not want — then you will receive the decision of the government of Ukraine on the moratorium on paying Russia $ 3 billion. Really just want our neighbors and the state aggressor to explain: we 3 billion dollars will not pay,” he said earlier Yatsenyuk.

“We do not hear of the unwillingness to cooperate”, however, assessed the situation Nikitin. She reminded that earlier the Minister of Finance of Ukraine Natalie Jaresko expressed their willingness to discuss the debt problem with his Russian counterpart.

According to Nikitina, Russia is not obliged to send Ukraine any suggestions. “Russia in this case is the lender. But according to international practice, the debtor is required to come up with suggestions of negotiations on the debt, he may not able to pay debt on time and in time”, — said the assistant Minister.

The final decision in any case will be in Kiev, said Deputy Minister of Finance Sergei Storchak, and the IMF after the evaluation of the proposal of the Russian Federation can only make recommendations. “For a sovereign debtor’s decision to take no one can not, the IMF only, to evaluate the proposal made by the President of the Russian Federation and, accordingly, to recommend to the Ukrainian government independently to act,” he said.

The Storchak acknowledged that the IMF traditionally denies any role in making such decisions. “They always say that nobody consulted and did not recommend in the case when it comes against a sovereign debtor and creditor” — he added.

Default on debt of Ukraine can be very expensive for all parties. “If no decision is made on this loan, respectively, we proceed from the fact that Ukraine as a state will be in default of payment or, to use foreign terms in default,” said on Thursday Russian Prime Minister Dmitry Medvedev.

Under current IMF rules, if you declare a technical default to one of the debtors, no right to continued funding of the financial assistance programmes of the Fund.

The four-year program of financial assistance to Ukraine was approved by the IMF Board in March 2015. The programme envisages allocating the Fund’s $ 17.5 billion dollars, and all international creditors over four years — $ 40 billion. One of the conditions of the Fund, which was signed by Ukrainian officials, has been the restructuring of the external debt.

Ukraine in 2015 has already received 6.7 billion dollars in aid in the total provided for 2015 in $ 10 billion. The end of the year allocated a further two tranches of 1.7 billion dollars. That money should go, in particular, to increase the country’s international reserves that she was able to return to market borrowing.

Earlier it became known about the preparation of U.S. and other Western countries policy changes of IMF lending, with the result that the Fund would be able to continue financing of Ukraine even in the case of the Russian default on the loan. If the proposals of the Russian Federation will be taken, the IMF could continue to lend to Ukraine in the framework of the existing rules.

However, officially, the IMF has rejected the connection between these facts. The representative of the Fund Jerry rice said that changing the rules of the IMF on the issue continue funding the borrower if it defaults on certain sovereign debt is part of a program of reform of the Fund from 2014, it does not concern any specific country.

But even if the IMF will change the rules, and default on debt to Russia will return Ukraine to the market of external loans is very difficult, because will have a negative impact on the investment attractiveness of the country.