Soon Ukraine will face the need either to make a large mortgage to prevent a default, or to obtain a concrete guarantee of a third party, warns the CEO of the Smith’s Research & Gradings Terence Smith. 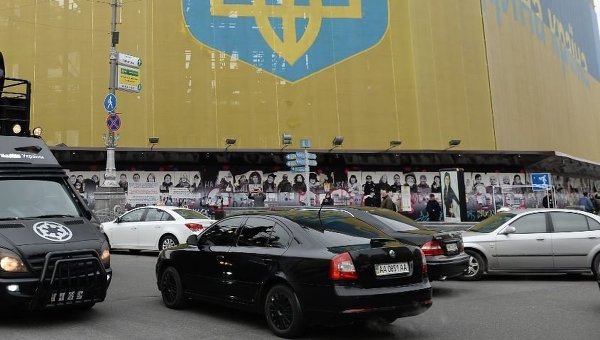 WASHINGTON, 18 Nov. The point of no return on debt of Ukraine to Russia is close, very soon the country will face the need either to make a large mortgage to prevent a default, or you can get “reinforced concrete” international guarantees, said the Director-General Smith’s Research & Gradings Terence Smith.

On Tuesday, Finance Minister Anton Siluanov said that Russia is ready to begin to discuss the proposal to restructure debt on terms, announced by President Vladimir Putin in Ankara (installment 3 billion dollars of debt for three years, starting in 2016), if this proposal is supported by the International monetary Fund (IMF).

The President also added that Russia would like to see this restructuring was carried out under the guarantees of large financial institutions or guarantees from the U.S. or Europe.

The U.S. state Department said that a sign with the Russian President’s proposal, but from further declined to comment.

The U.S. Treasury has not yet responded to the request. However, it is known that the Ministry expressed its readiness to consider providing Ukraine $ 1 billion in loan guarantees to the already issued 2 billion, this during the visit to Ukraine in mid-November, said Finance Minister Jacob Lew. He also urged Russia to begin talks on Ukrainian debt, as it is important for both sides and for the stability of the region as a whole.

The European Commission the question about the attitude to the proposal of the Russian Federation on guarantees also left unanswered.

For the Russian Federation a “third” is not redundant

The support of the IMF and other institutions necessary for Russia to be confident that the debt will be returned. The IMF loan provides financing for Ukraine, which is in deep crisis. Under the current rules of the Fund, arrears on sovereign debt, which is debt to Russia was for Ukraine is very dangerous, because it threatened to disrupt the programme by the IMF.

The four-year program of financial assistance to Ukraine was approved by the IMF Board on March 11. The programme envisages allocating the Fund’s $ 17.5 billion dollars, and all international creditors over four years — $ 40 billion. One of the conditions of the Fund, which was signed by Ukrainian officials, has been the restructuring of the external debt of 15.7 billion dollars. In the list of securities to the restructuring came in and Russian bonds.

Ukraine this year has already received 6.7 billion dollars in aid, total aid, envisaged for 2015, $ 10 billion. This year allocated a further two tranches of 1.7 billion dollars. That money should go in particular to the increase in international reserves of the country, to be able to return to market borrowing.

Ukraine has offered the Russian Federation about debt restructuring on the principle of all commercial debts with the condition of writing off 20% of the nominal value and the beginning of payments after the completion of the IMF program. “However absurd it was to believe that the Russian Federation agrees to it,” believes Smith. Ukrainian officials have stated that to offer any other terms of the Russian Federation and they have no intention of abandoning them, the debt will remain irrecoverable.

Russia had hoped that I would be able to get your money under the threat that will require a stop of the IMF program, if the default will be allowed. However, the Fund announced its intention to review its rules in the near future. Most experts are inclined to believe that it was made for the salvation of Ukraine, while the IMF insists that reform in the framework of the measures announced in 2010.

In addition, a source familiar with the progress of the reform, added that the Fund can take such an unpopular step as making changes to existing contracts and apply the right of subrogation. That is, despite the fact that the contract with Ukraine was signed a year ago and it featured the requirement to restructure the Russian bonds, this requirement could be excluded from the obligations of Ukraine.

Thus, the Russian authorities in the future would like to get as much safeguards from various institutions and countries that the money that was allocated to the Ukraine from the National Welfare Fund will be returned. By the way, bonds were bought at 100% of face value, at a time when speculators, which has agreed to restructure the terms of the Ukraine, has bought up her debts with a discount reaching 40%.

However, experts note that regardless of the stopping or continuation of the programme of the Fund, defaulted on debt to the Russian Federation will make a return of Ukraine to the market of external loans is very difficult, as would adversely affect the investment attractiveness of Ukraine.

After Russia announced its proposal for restructuring of the Ukrainian debt, the international rating Agency Fitch upgraded long-term Issuer default rating (IDR) of Ukraine in foreign currency from “RD” to “CCC”. Long-term rating in national currency is affirmed at ‘CCC’. The Agency also raised the short-term Issuer default rating in foreign currency from “RD” to “C”.

At the time, as in October, Fitch downgraded the Issuer default rating (IDR) of Ukraine in foreign currency to the level of “RD” (“restricted default”) with “C”.

Despite the positive developments in the market, time for negotiations is short (term of return of RF 3 billion — December 20, 2015). The official representative of the IMF said on Wednesday that they are hopeful that direct talks between Russia and Ukraine.

“At a recent meeting of President Putin and the managing Director (Christine Lagarde), the Russian government announced a proposal that was made on the debt load and financial situation in Ukraine in the context of the programme of the Fund. As we have said, we expect that Russian and Ukrainian authorities will hold direct talks on this issue “, — said the representative. Earlier, he called the move a positive development.

However, to report whether the Fund’s support in any way the course of these negotiations he could not. The Minister of Finance of Ukraine Natalie Jaresko said Tuesday that Kiev had not yet received the proposal of the Russian Federation on debt restructuring.

“We are rapidly coming to the point where you cannot roll over the debt of Ukraine to Russia without having to bring forward large cash bail or securing a concrete guarantee of a third party,” warns Smith.

Therefore, the expert believes that the issue need to hurry. Otherwise, the IMF risks losing its influence in the debt market, and Kiev on the eve of the heating season to further damage relations with Moscow. According to Smith, it has “serious humanitarian risk”.