MOSCOW, November 19. The Russian aircraft on Thursday morning struck the third massive blow to the terrorists in Syria, reported the head of the main operations Directorate of the General staff Andrey Kartapolov.

“Today at 09:00 Moscow time the Russian air force struck a third massive aviation blow to illegal armed formations on the territory of Syria,” he said. The first two waves of strike aircraft for the Russian terrorists were inflicted on 17 and 18 November.

The attacks on the headquarters of the IG

Strategic bombers Tu-95MS in the morning from the territory of Russia has released 12 cruise missiles at the terrorist organization “Islamic state” (IG) in Syria, including the headquarters of the group in the city of Idlib. 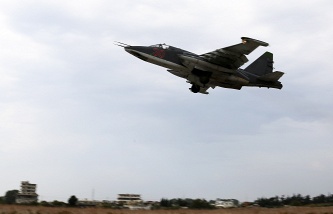 “The goals for the defeat became a fuel depot, a factory producing explosives, command post and headquarters of the organization ISIS (the former name of the IG – ed.) in the city of Idlib,” said Kartapolov. According to him, the attack against sites of militants in the Syrian provinces of Aleppo and Idlib was held from 09:00 to 09:20 GMT.

Squadron long-range bombers Tu-22M3 attacked six sites in the Syrian provinces of raqqa and Deir ez-Zor. “The goals were the refining facilities of the terrorists in the territory controlled by the organization ISIS, an ammunition depot and a workshop for production and repair mortars”, – said the General. The attack was carried out from 16:40 to 17:30 GMT.

Deployed in Syria, Russian attack aviation in the course of the day must make a total of nearly 100 sorties for the destruction of 190 objects of terrorists. “As of 17:00 Moscow time made 60 sorties, 138 of objects destroyed”, – informed Kartapolov. “The Russian space forces are continuing the application of massive air strikes on the terrorists in accordance with the plan of air operations,” he added.

Militants in Syria have suffered greater losses as a result of massive air strikes, Air and space forces of Russia, said Kartapolov. “It was reported that on the night of November 18, members bandformirovaniya “sham Taliban” was organized the removal of the body of his commander Amad Zia, destroyed in the mountains of Jubb al-Ahmar. The rest of the gang, operating in the area, urgently requested reinforcements in the form of large losses in manpower”, – said Kartapolov.

In addition, the General noted, “at the request of the leaders of the gangs operating in the province of Idlib, as a result of hit of the Russian cruise missiles in the object of terrorists located in the area of the settlement Josef, the militants suffered heavy losses”. “In the village Ashim November 18 was held the funeral of field commander Abu Bakr, eliminated as a result of rocket and bomb strikes of Russian aviation” – said Kartapolov. 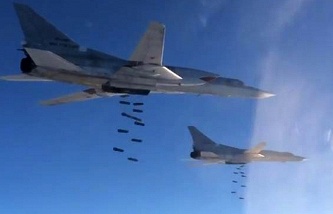 Defense Ministry: Russian HQs in Syria have started to “hunt” for tankers terrorists

Militants “Islamic state” in Syria has recognized the elimination of the three field commanders in Aleppo province as a result of the blows the Russian air force is expected in the area. “The militants declared the liquidation as a result of air strikes of Russian aviation field commanders Abu Norvegesi, Muhammad Ibn Khairat, al-Okabe operating in Aleppo,” – said Kartapolov.

“According to available data, in connection with large losses and the inability to conduct a burial destroyed all participants of armed formations in accordance with the norms of Islam warlords decided to dump the body simple militants in a sewer pit,” said the General.

According to him, as a result of massive air strikes by the terrorists caused significant casualties. “For the purpose of concealing the true losses, the evacuation of dead and wounded militants carried out in the dark. It is established that the fighter with a call sign “Abu Obeid” the task is to secretly remove the dead from the southern suburbs of Aleppo to the vicinity of the town of Khan al-ASAL,” – said Kartapolov.

Russian military check the facts of destruction of important targets of the terrorists in Syria with the help of satellites, and on the loss of Syrian militants receive from colleagues. According to the General, the effectiveness of strikes by Russian aircraft, is estimated based on the data of objective control from aircraft and unmanned aerial vehicles. “Defeat the most important objects are additionally verified with the data of space exploration. And data on losses of manpower among the terrorists we get from the Syrian side,” – said Kartapolov.

The General staff: the rebels refuse to follow orders

Managing gangs in several provinces of Syria completely broken as a result of massive air strikes of the Russian space forces, said the head of the Main operational Directorate of the General staff of the Russian armed forces. “As a result of this loss completely disrupted control of the gangs operating in the province of HOMS. We have recorded cases of refusal to perform the assigned tasks,” he said.

According to Kartapolov, the militants field commander Abu Musab al-Suri from the group “dzhebhat EN-Nusra” has not fulfilled the task to destroy units of the armed forces of Syria in the area of the settlement of Deir-Hanna. “Field commander with call Abu Husan violated the decree and refused to move with his group in the area of the settlement of tel encore the province of HOMS,” said the General.

On Wednesday, the Russian aircraft destroyed during the second massive strike in Syria 206 the object of terrorists for 126 combat missions. “Yesterday, in accordance with the plan of air operations was dealt a second massive air RAID on 206 objects of terrorists. 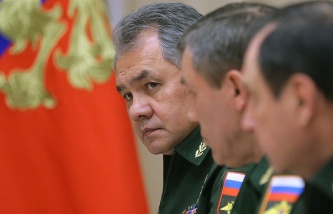 The day of Russian aviation completed 126 combat missions by the Tu-160, Tu-22M3 from the territory of the Russian Federation and operational-tactical aviation airfield Hamim” – said Kartapolov. According to him, the impact aviation has completed one hundred sorties and destroyed 190 objects of the gangs. Among them, 58 control points, 41 ammunition, 17 strongholds and defensive positions, 74 areas of concentration. 16 cruise missiles, air-launched long range destroyed seven of the most important facilities of the terrorists in the provinces of Aleppo and Idlib. Long-range bomber aircraft struck 12 targets of armed groups of the terrorist organization “Islamic state” in raqqa and Deir-ez-Zor.

Distant aircraft of the Russian Federation joined the operation in Syria against is prohibited in the Russian Federation terrorist organizations “Islamic state” and “Jabhat EN-Nusra” on November 17 on behalf of President Vladimir Putin. Earlier, on 30 September, the Russian air group of more than 50 aircraft started operations against the militants at the request of Syrian President Bashar al-Assad. To participate in a ground operation, Russia does not intend.