MOSCOW, November 19. The head of the international historical-educational society “memorial” Arseny Roginsky appealed to the Minister of justice of the Russian Federation Alexander Konovalov with a request to cancel the inspection report of the Ministry of justice in respect of the human rights centre “memorial”.

“I appeal to You with a request to cancel the inspection report of the human rights centre “memorial”, dated 30 October 2015 (at least in part, containing absurd political accusations) and to assign an internal investigation on how a document with such formulations could appear,” – said in a statement published Thursday on the website of the “memorial”society. 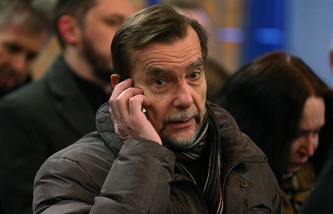 Roginsky called startling accusations of human rights defenders in undermining the constitutional order. “Against the background of routine observations striking looks, the … “by Their actions the members of “memorial” undermine the foundations of the constitutional system of the Russian Federation, calling for the overthrow of the current government, the change of the political regime in the country,” he said.

The head of “Memorial” concludes that, “from the point of view of the staff of the Ministry of justice, expressing critical opinions about actions of the government is “undermining the constitutional order”. He treats these estimates as “an attempt to restrict the constitutional rights and freedoms that are expressly prohibited by the Constitution.”

The human rights center “memorial” in 2013, was recognized as the NCO as”foreign agent”. Human rights activists unsuccessfully tried to appeal this decision in the courts.

Last week on the audit, “Memorial”, the moj said that its materials are sent to Prosecutor’s office, also in the organization of the Protocol on an administrative offense under article 19.4 of the Code of administrative offences (insubordination to the lawful orders of the authority exercising state supervision).

Center “memorial” will bring the Statute into compliance with the law

Media reported that after the inspection main Directorate of the Ministry of justice of “Memorial” was an official act, which allegedly claimed that members of the organization “undermined the foundations of the constitutional system of the Russian Federation calling for the overthrow of the current government, the change of the political regime in the country.”

The appeal on this issue in the name Konovalova sent the Commissioner for human rights in Russia Ella Pamfilova. She suggested that the justice Department “to further substantiate or refute included in the inspection report findings on the activities of the organization, supposedly “aimed at undermining the constitutional order of the Russian Federation”.

The Ministry has not yet commented on the appeal Pamfilova, saying that the document has not yet been received in the office.