MANILA, November 19. The decision to save in 2016 the size of the coefficient-deflator for the calculation of the single tax on imputed income (UTII, “vmenenku”) at the level of the current year. This was reported to journalists by the Minister of economic development of Russia Alexei Ulyukayev. 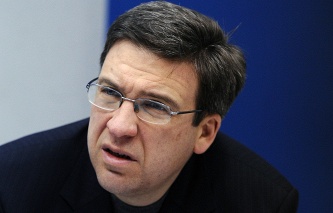 “Support of Russia”: small businesses can go into the shadows after rising in 2016 single tax

“We decided the final. We accept the order of the Ministry of economic development (I will sign it tomorrow) that of the six deflator this deflator by small and medium businesses the single tax on imputed income does not change. It remains at the level of the current year”, – he said.

The speaker explained that the state Duma would approve the relevant amendments to the Tax code that “no conflict between the regulation and the law.”

The Minister explained that “freezing” is accepted while for one year.

The head of the Duma Committee on budget and taxes Andrey Makarov was introduced to the lower chamber of Parliament a bill which proposed to freeze used for the calculation of imputed income the deflator coefficient, thus preserving for 2016 still the size of the tax.

As previously reported, imputed income may increase in 2016 by nearly 16% compared with the current year in connection with the change in the rate of inflation. Draft order of the Ministry of economic development provides for the establishment in 2016 of the coefficient of the price deflator in the framework of UTII for certain types of activities in the amount of 2,083, which is 15.9% higher than in the current year (1,798).

Unified tax on imputed income (“vmenenku”) is a tax system that is used for certain types of business activity, including retail. It involves the imposition of a tax not actually received the income and imputed, that is potentially possible.