According to the forecast of Ministry of industry and trade in 2016 in the conditions of hard budget constraints production of vehicles of all kinds in Russia will be reduced to 1.3 million units. 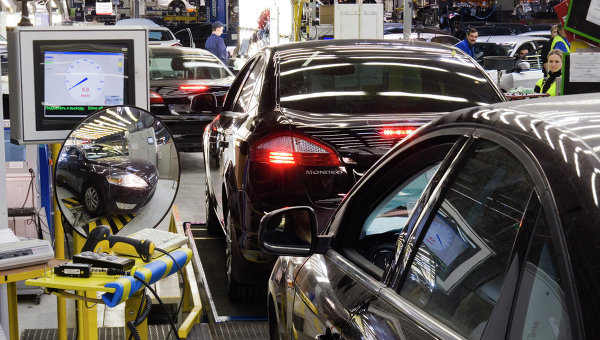 MOSCOW, 19 Nov. The Ministry expects production of vehicles of all kinds in Russia in 2016 will be reduced by 5% compared with the results of the year 2015 at the account of state support and are expected to reach 1.3 million units, from the presentation of the Ministry, represented by Deputy head of the Ministry Alexander Morozov at the expert Council of the state Duma.

“Given the situation, when we have hard budget constraints and when we have major challenges for the automotive industry from the point of view?competitiveness, I think we will have to concentrate allocated by the state, frankly, scarce resources around the state support of manufacturers and models with a very high level of localization. According to our estimates, is not less than 51%”, — he concluded.

?Also, according to Morozova, the automobile industry in 2016 should be based on creating conditions to increase eksportoorientirovannoj automobile manufacturing. The goal is to create conditions for the growth of exports to target markets not less than two times, according to the presentation.

To achieve these goals in the long term (2016-2020), the Ministry proposes to hold events for elimination of protective customs duties (such duties in target markets reach 74%?), it follows from the presentation. It is also proposed to compensate the manufacturers for the costs of shipping products to foreign markets (only on the territory of the Russian Federation) and to offset the costs of corporations to adapt to the technical requirements of foreign markets. Assessment of funding needs for the last two measures for 2016-2020 is 10 or 11 billion rubles.

According to the presentation, the expected increase in export of cars to foreign countries with 63 thousand in 2016, to 382 thousand in 2020. In addition,?among a long term system of measures of support of car industry till 2020 taking into account the macroeconomic situation, the Ministry proposes to limit the period of operation of commercial vehicles, to enter age and environmental factors in motor vehicle tax, control of the execution of directives in procurement of state-controlled entities and to provide the possibility of using the maternity capital to buy machines.

Total additional funding needs of the three key state programs to support demand in the automotive market of the Russian Federation in 2016, the Ministry of industry and trade estimated at 27.3 billion rubles. Of them, the fleet renewal would require 20 billion roubles on concessional lease — 5 billion, and 2.3 billion rubles for the program of preferential car loans. Another 8.9 billion will be required next year on the performance of the obligations of the state on preferential car loans issued this year.