The meeting is expected to be the adoption of the joint statement. The state Duma and the Federation Council has urged the world parliamentarians to do everything to create international anti-terrorist coalition. 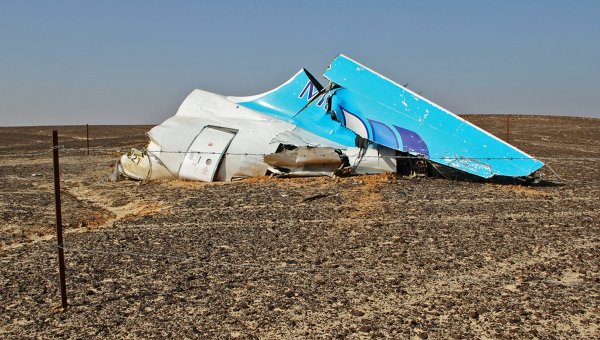 MOSCOW, 20 Nov. The members of the Federation Council and deputies of the State Duma will hold on 20 November a joint meeting of both chambers of the Russian Parliament, which is planned to adopt a statement on terrorism.

The largest disaster in the history of Russian and Soviet aviation took place on 31 October: Airbus A321 airline “Kogalymavia”, which was flying from Sharm El Sheikh to St Petersburg, crashed in the Sinai. Onboard there were 217 passengers and seven crew members. They all died. The head of FSB Alexander Bortnikov said Tuesday that the cause of the crash was a terrorist attack. In this regard, the President of the Russian Federation Vladimir Putin asked the foreign Ministry to appeal to all the partners, relying on their assistance during the search and punishment involved in the attack.

This week the State Duma and the Federation Council has urged the world parliamentarians to do everything to create international anti-terrorist coalition.

On Thursday the newspaper “Izvestia” reported, citing its sources in the state Duma and the Federation Council that at the joint meeting Putin can make a statement on the fight against terrorism. Press Secretary of the President Dmitry Peskov declared that in the schedule of the President there’s no such event.

According to the speaker of the Federation Council Valentina Matvienko, during a joint Assembly of senators and deputies of the state Duma will prepare recommendations to the government in the sphere of combating terrorism.

“Parliamentarians in a joint session we intend to develop measures in response to new challenges and threats, as well as to prepare recommendations to the government in the sphere of combating terrorism. The time demands for such a meeting, we as a Parliament can’t stay away,” she said.

Matvienko said that MPs ‘ proposals may relate primarily to amending the legislation in this area, in particular, increasing the punishment for crimes of a terrorist orientation.

“And the state Duma, the Federation Council of the Federal legislators, along with regional legislators can do a lot together in terms of improving legislation in the sphere of fight against terrorism — additions it could be something tightening, if need be,” she said.

At a joint meeting of the Federation Council and the state Duma will be discussed, according to Matvienko, “the wide range of measures” in the area of national security of Russia and its citizens need to accept in Russia. “First and foremost we are concerned about the national security of our country and our citizens,” she said.

Also, said Matvienko, will be discussed and the possibilities of parliamentary diplomacy in this area.

State Duma speaker Sergei Naryshkin said that the issues of joining efforts in the fight against terrorism and extremism will be discussed together with representatives of faiths and representatives from several community organizations. During the meeting will be heads of all four parliamentary factions.

“There will also be several performances by the Federation Council, will include representatives of four denominations and the leaders of the two regional parliaments — St. Petersburg and Tatarstan, representatives of several public organizations”, — said Naryshkin.

In turn, the head of the Duma Committee on constitutional legislation and state construction Vladimir Pligin said that the recent tragic events cannot leave aside the Russian Parliament.

“The unprecedented development of the tragic situations that occurred in connection with terrorist activities, the deaths of our people, indeed, cannot leave aside representative bodies and above all the Parliament of the Russian Federation. This is what caused the necessity of the joint meeting of the Federation Council and State Duma of the Federal Assembly”, — said the head of the Committee.