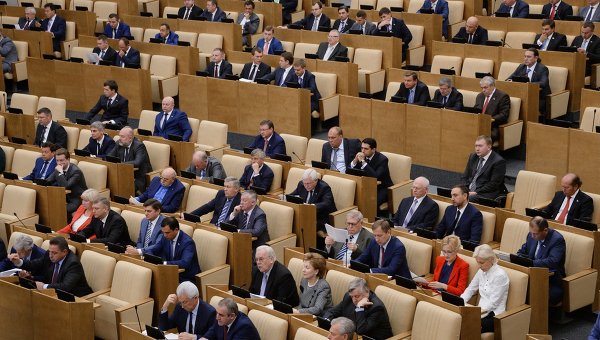 MOSCOW, 20 Nov. The state Duma on Friday at plenary session will consider in the third final reading amendments to the Federal budget of the current year, corrective macroeconomic indicators.

Adjustments also relate to oil prices: the average price of “black gold” in 2015 will be 53 dollars per barrel instead of $ 50 in the previous version of the document, the forecast drop in GDP of 3.9% instead of 3%. The Cabinet also expects inflation by the end of 2015 at 12.2%.

In addition, changes redistributed the allocation for some purpose. In particular, the amendments include an increase of subsidies to support measures to ensure balanced budgets of the constituent entities to 52,69 billion.

Reallocated appropriations for support of the functioning of the armed forces, authorities in the field of national security law enforcement for the purchase of goods, works and services for state needs 10 billion rubles, the total amount of expenses on these purposes will amount 28,316 billion. Reallocation of appropriations is made to increase expenditure on infrastructure maintenance, was noted earlier in the meeting of the Committee on budget and taxes, first Deputy Minister of Finance Tatyana Nesterenko.