Deputies believe that the involvement of new States in a military Alliance, especially against the will of their peoples, is a political instrument of “cold war”. 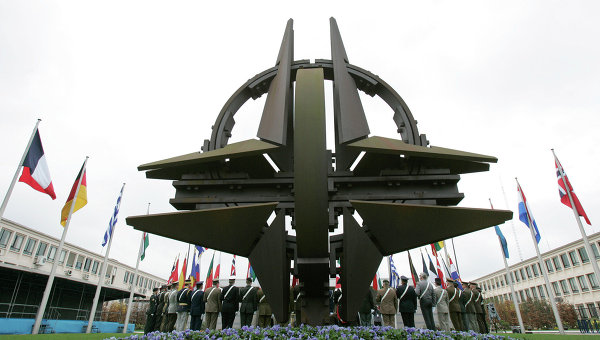 MOSCOW, 20 Nov. The state Duma on Friday will consider a draft statement in which Russian MPs call on colleagues from the Parliament of Montenegro, NATO countries, members of OSCE PA to refrain from NATO expansion.

The draft document was prepared by the Duma Committee on international Affairs.

“Deputies of the State Duma of the Federal Assembly of the Russian Federation to appeal to my colleagues — deputies of the Assembly of Montenegro, parliamentarians of member States of North Atlantic Treaty Organization (NATO) and the MPs within the Parliamentary Assembly of the Organization for security and cooperation in Europe, urging to refrain from expanding NATO, which, according to media reports, is planned to be implemented after stated at the beginning of December 2015, the official invitations to join the Alliance of Montenegro”, reads the draft statement.

The deputies expressed confidence that the block approach to security, the involvement of new States, especially against the will of their peoples, military alliances are political tools of the “cold war”.

According to Russian parliamentarians, such an approach in international relations leads to further alienation and escalation of confrontation between the participants, ensuring global and regional security, violation of balance of power and the erosion of trust between participants in the construction of pan-European architecture of peace and stability.

“It is extremely dangerous now, when there are objective reasons and factors for creating a truly equitable and effective coalition of the leading powers of the world to combat international terrorism, the current challenges and threats: the proliferation of banned weapons and weapons of mass destruction, illegal migration, human trafficking and other threats,” say the MPs.

AGAINST THE WILL OF THE PEOPLE

The deputies emphasize that the desire of the regime of the Prime Minister of Montenegro Milo đukanović, who ruled the country for 25 years, to join NATO against the will of the vast majority of the people of this country.

“Montenegrins remember NATO bombing of Yugoslavia in 1999, when blows were struck, and on Montenegrin territory. He killed innocent people, caused serious damage to infrastructure. Meanwhile, the Montenegrin authorities strongly deviate from the holding of a referendum on the issue of Euro-Atlantic prospects of the country, afraid to hear the voice of the people”, — stated in the draft statement.

At this point the deputies of the state Duma, considerable sums are invested in rabid Pro-NATO propaganda and the falsification of the results of public opinion polls.

“Artificial vasciannie Montenegro in NATO is a direct violation of the rights of people to determine their own destiny, a violation of memory of innocent victims of bombing of 1999,” believe Russian parliamentarians.

BLOW TO RELATIONS BETWEEN RUSSIA AND MONTENEGRO

Deputies of the state Duma are convinced that the policies of Djukanovic deals a heavy blow to the traditionally friendly Russian-Montenegrin relations. “His assurance that relations with Russia from a rapprochement with NATO will suffer, is absolutely untenable,” — said in the draft document.

Deputies noted that Moscow has for centuries supported Montenegro, has repeatedly played an important role in establishing its statehood, as well know Montenegrins.

“The policy of the regime of Djukanovic leads to an increase in negative trends in tourism, investment, and economic cooperation. All this will directly affect the lives of ordinary Montenegrins. The rule of Djukanovic, according to the deputies of the State Duma, will remain a black spot in the history of relations between Russia and this brotherly country and its people”, — stated in the draft statement.

Deputies of the state Duma expressed confidence that when the issue of joining NATO both in Podgorica and in Brussels, common sense will prevail, the desire for broader engagement outside the blocks and dividing lines for the prosperity and security of people in the space from Vancouver to Vladivostok.

“This will have a true will and aspirations of the friendly people of Montenegro, bonded by centuries of friendship and brotherhood, found on the battlefields in the name of freedom and independence”, — the document says.