With terrorists you don’t negotiate, they only understand the law of force, said Vice-speaker of the Federation Council Ilyas Umakhanov, adding that he supports the establishment of an international Tribunal. 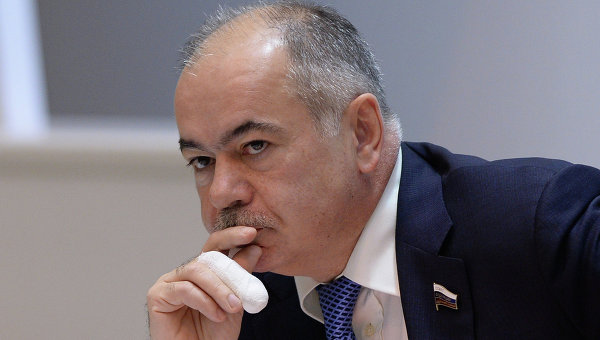 MOSCOW, 20 Nov. Vice-speaker of the Federation Council Ilyas Umakhanov supported the proposal of the speaker of the upper chamber of Parliament Valentina Matvienko on the establishment of the international Tribunal. He also emphasized that the verdict against terrorists must be executed without time limitation.

“Terrorism respects no boundaries, no distance, with terrorists you don’t negotiate, they only understand the law of force,” — said umahanov, speaking Friday at a General meeting of the Federation Council and the state Duma.

“I support the proposal to establish an international Tribunal. The verdict against terrorists must be executed without time limitation”, — said the Senator.

Vice-speaker of the Federation Council emphasized that Russia knows firsthand what terrorism is: the attacks happened in Beslan, Moscow, Volgograd.

“Defenseless old men, women, children — a favorite target for terrorists who blow up planes, attack peaceful citizens,” the MP said, adding that those who chose this path, including citizens of the Russian Federation, have placed themselves outside the law.

According to umahanova, militants and terrorists take legal methods as a weakness. However, he stressed that the militants and their organizers actually driven by basic greed.

“We need to block any loopholes for the reproduction of terrorism in the country, including financial flows”, — said the MP.

According to the Senator, it is important to get rid of the expectation of a quick victory and tune in to your system work with universal consolidation and cohesion.