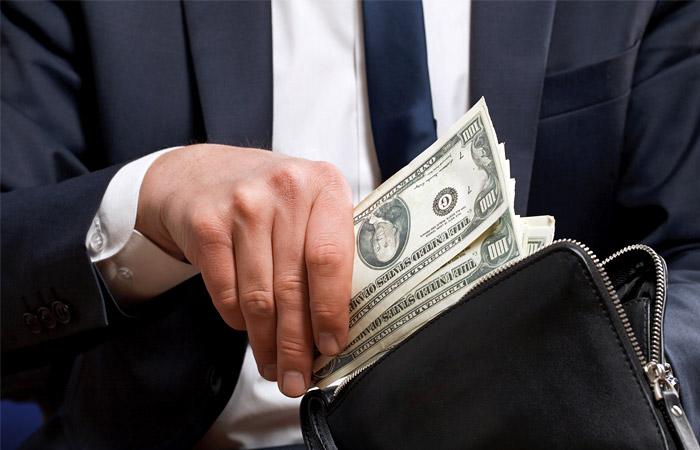 Moscow. November 20. Inflation expectations in the United States in 2016 will rise, dollar will rise as the currencies of Russia and Mexico, – on these forecasts is constructed of investment ideas to analysts at Goldman Sachs next year, reports Bloomberg.

The U.S. investment Bank recommended investors to buy dollars for euros and yen, including this trading strategy is the best for the next year.

In 2015, the dollar rose against all major currencies as the Federal reserve’s first increase in interest rates since 2006 in the context of monetary stimulus in the Euro zone and Japan.

“The divergence in policy of the fed and the ECB with the Bank of Japan will remain one of the longest themes 2016, the report says the strategists at Goldman Sachs. – Currencies are particularly sensitive to such differences and despite the past rise in the dollar, we believe that it has the space for further strengthening of the Euro and the yen”.

Among the six major trading ideas, the Bank also recommends the purchase is tied to inflation, the bonds of the United States against classic bond and invest in the Mexican peso and Russian ruble vs. South African Rand and Chilean peso. Strategy for Treasury securities, according to analysts, will allow “to play against overly pessimistic expectations” on prices in the United States.

In addition, Goldman Sachs believes interest in the possibility of narrowing yield spreads of Italian and German government bonds.

Goldman Sachs analysts believe that emerging market economies find a bottom in 2016 (the economy of Russia will cease to shrink, the slowdown in China is compensated by the growth of the Indian economy). The experts refrain from “bullish” scenarios in relation to the stock markets of developing countries for 2016 due to weak economic growth and geopolitical risks.

Russia, India and Poland are among the countries in which the situation has improved sufficiently to support the growth of their assets, experts say.

According to the forecast of Goldman Sachs, economic recovery in emerging markets in 2016 will be accelerated to 4.9% from 4.4% in 2015, and growth will be noted for the first time since 2010.

Despite the fact that the pace of economic growth in developing countries will remain below long-term trend, their acceleration will support investor confidence, the current mood is bearish, analysts say. “Isn’t the way to excessive pessimism regarding the long-term prospects of emerging markets assets, with which we sometimes collide,” reads the Bank report.

The main risk for emerging markets, according to experts, is a “sharp weakening” of the yuan. The strengthening of the US dollar and the economic slowdown in China may force the Chinese authorities “to let the yuan in a free fall” that will spread to other emerging markets, noted in Goldman Sachs.

Currencies of emerging markets, significantly cheapened this year, are no longer expensive, they say.

In the autumn of last year, Goldman had predicted the Euro to $1.15 in 12 months, but almost all the time this year, the single currency traded below this level, and in March fell to a 12-year low of $1,0458.

At the same time the experts of the investment Bank recommended investors to sell the Swiss franc paired with the Swedish crown. However, already on January 15 of the current year they had to withdraw this recommendation, as the Central Bank of Switzerland suddenly abolished the upper limit of the franc to the Euro, which led to a sharp strengthening of the Swiss currency.