MOSCOW, November 21. Great unemployment in Russia will not be, because in 2-3 years the country will experience a shortage of labour due to the shrinking working-age population. On Saturday to journalists on the sidelines of the Third all-Russian civil forum, said the former Minister of Finance of the Russian Federation, Chairman of the Committee of civil initiatives (THD) Alexei Kudrin.

“We are in a one-year decrease in the number of population in working age, from about 500 thousand to 800 thousand. That is, it is a unique, severe demographic change due to demographic waves”, – said Kudrin, noting that this accounts for the low unemployment in Russia.

“After 2 -3 years, when we will have economic growth, we will miss the workforce, some of it in previous years was repaid at the expense of migrants. Therefore, today I believe that the loss of jobs, it is associated with opportunistic temporary situation that will last for almost two years, then will begin again the increase in jobs, but there will be even not enough manpower,” – said Kudrin.

Real incomes of Russians reduced by 5%

Kudrin also noted that real incomes of the Russian population “are falling by about 5%”. 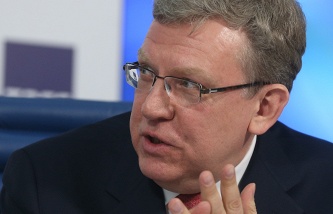 “We rolled on a few years ago in terms of life. And the social policy in our country today, does not have enough time, despite large costs to respond to these challenges. That is, it turned out, it is not suited to such acute social crisis,” said Kudrin. According to him, one of the main manifestations of this is the fact that pensioners will not index pensions for inflation.

“It turns out, the retirees were those, on whom we began to save. I warned that this situation will develop at some point, believed that it is better for us to extend for 2-3 years the work of those who still stand, who is able to work,” said the ex-Minister of Finance of the Russian Federation. In his opinion, it would be possible to fully take care of the pensioners, but the opposite happened.

“So, I think that mistakes were made, but now it is possible to mobilize and translate to more targeted support for those who are more needy today. This means less can be, to index or to support those who have median income more or less high, and efforts to concentrate on the poorest. I think then we would have the same resources reduced the number of poor families and would reduce the reduction in real incomes of the population”, – concluded the speaker.

Because of sanctions Russia’s GDP below 1.5%

Kudrin also said that sanctions against the Russian Federation has significantly complicated the work of the Russian economy. 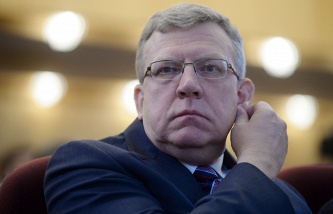 The introduction of the recapitalization, which is necessary for EBV, clearly less than 1.5 trillion rubles

“The sanctions have greatly complicated the job of our economy, roughly 1.5 percent of GDP, we are below today than it would be without sanctions,” Kudrin said.

According to him, the magnitude of the devaluation that occurred, half linked to the price of oil, and half with the sanctions. “Sanctions have so far mostly have a negative impact on our economy”, he added.

The third all-Russian forum of civic initiatives – meeting, which is annually conducted by the Committee of civil initiatives (CGI), was opened in the capital’s world trade Center and will be held there two days.

As reported Kudrin, this year the Forum was attended by 767 activists from 78 regions of the Russian Federation, as well as government representatives. In the Presidium of the plenary session, in particular, sits the Governor of the Kirov region Nikita Belykh.