MOSCOW, November 20. The head of Russian foreign Ministry Sergei Lavrov and U.S. Secretary of state John Kerry discussed the mobilization of collective resistance is prohibited in the Russian Federation the terrorist group “Islamic state” (IG) and the intensification of efforts to establish negotiations between Damascus and the delegation of the Syrian opposition. As have informed in the Russian foreign Ministry, the conversation took place on the American initiative. 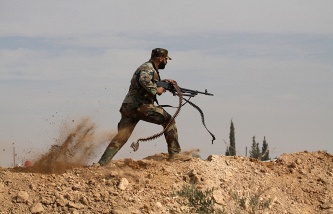 “To promote the exchange of views between the presidents of Russia and the USA during their meeting on the sidelines of the summit “group of twenty” in Antalya on November 15 for settlement of the Syrian conflict, the foreign Ministers continued the discussion of the tasks for the implementation of the agreements reached at the Ministerial meetings of the “International support group of Syria” in Vienna on 30 October and 14 November”, – said the Ministry.

“The main attention was paid to the need to mobilize a collective response to the ISIL (the former name of the grouping “Islamic state” – approx.) and other terrorist groups in parallel to strengthen the efforts to promote negotiations between the Syrian government and a delegation representing a broad spectrum of the Syrian opposition”, – have informed in depodesta.

As noted in the foreign Ministry, the sides also discussed some other issues of international agenda and bilateral relations.