MOSCOW, November 20. The number of violations of ceasefire reached the level that was before the armistice of September 1, with primary responsibility for attacks on the Ukrainian side carries. This was stated by the Russia’s permanent representative to the OSCE Alexander Lukashevich at a meeting of the Permanent Council on the situation in Ukraine. Text of the speech posted on the Russian MFA web-site. 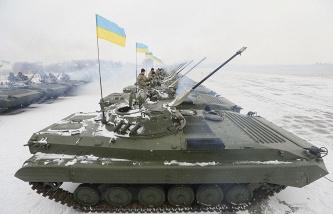 The Ministry of defence DND: Kiev increases defense spending to continue the war in Donbass

“Share the concerns of the visible worsening of the situation in Donbas, he said. – The level of violations of the cease fire brings us back to the period before the truce, declared in connection with the new school year. Ukrainian armed forces used “Grad”, mortars of various calibres, and other weapons.”

Lukashevich pointed out that resumed the shelling of residential areas and schools. “Attacks often occur in the afternoon, when the streets of Donetsk, Gorlovka and other cities of Donbass a lot of people,” he added.

Lukashevich: tensions in Donbas is disturbing, but does not discuss the breakdown of the peace process

In this case, the diplomat said, at the meeting of the contact group in Minsk on November 17 based on the statistics of the Special monitoring mission (SMM) of the OSCE, the high representative of Ukraine stated that “the primary responsibility for the frequent attacks, the nomination of military equipment in the security area, radio interference with UAV SMM and other violations largely sustained by the Ukrainian side”.