MOSCOW, November 21. Exhibits in the center of the historical heritage of the first President of Russia Boris Yeltsin (“the Presidential center B. N. Yeltsin”), which will open on 25 November in Yekaterinburg will be not only personal belongings, and evidence associates the policy, but also documents from various sources, to promote an objective understanding of the historical heritage of the 1990s. About it on air of TV channel “Russia 1” said a member of the Board of Trustees “Yeltsin centre”, the widow of the first President of Russia Naina Yeltsin. 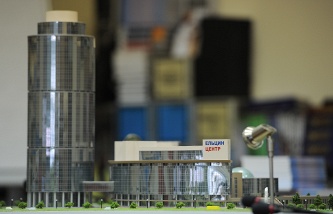 “There are documents and evidences – a lot of interviews were taken of those who worked with Boris Yeltsin who was in opposition. That is, a completely objective assessment, from different sides,” she said. Naina Yeltsin stressed that in those days worked “very smart and obsessed people who wanted to convey the truth about the 90s”.

The Centre aims to show Boris Yeltsin as a person and as a politician. “In my understanding is absolutely inseparable from one another,” said Naina Yeltsin. “Boris Nikolaevich was the head of state in a difficult, critical time. It is always a very heavy toll. At all. He not only was always very demanding but at the same time it was such a bright, lively and very warm people. I think that his human qualities were very visible,” she said.

Naina Yeltsin expressed hope that the Centre will be visited and interesting for the young generation.