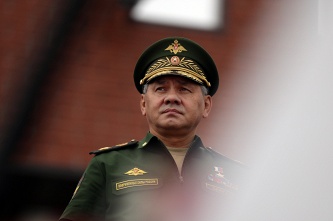 Shoigu: Russia’s defense Ministry has begun cooperation with the armed forces of France

MOSCOW, November 20. Secretary of the Russian security Council Nikolai Patrushev said that the terrorist attacks in Paris and on the Sinai show the need to unite the efforts of the international community in the fight against terror. As reported in the press service of the security Council, such a statement he made at a meeting with the national coordinator of intelligence services with the President of France, Didier Le bree.

“In an interview with Le bree Patrushev, in particular, noted that “the terrorist attacks in Paris and over the Sinai clearly indicate the necessity to unite the international community’s efforts to suppress global terrorist threat”, – stated in the message of the security Council.

It is noted that the sides discussed issues of Russian-French collaboration in ensuring security in the middle East, as well as strengthening counter-terrorism cooperation.

The attack on the A321 aircraft

The A321 aircraft to the Russian airline “Kogalymavia” carrying out flight Sharm El-Sheikh to St Petersburg, crashed October 31 in 100 km from the town of El-Arish. Onboard there were 217 passengers and seven crew members, they all died. This disaster was the largest in the history of Russian aviation. The Russian Federation announced the suspension of flights to Egypt.

Earlier, the head of FSB Alexander Bortnikov reported to the President of the Russian Federation that the accident aircraft A321 of airline “Kogalymavia” carrying out flight Sharm El Sheikh – Saint Petersburg, occurred as a result of the attack. According to him, the wreckage of things and traces of explosives foreign production.

According to the latest data, as a result of terrorist attacks killed 130 people, and about 350 were injured. Attacks made nine terrorists.