The state Duma adopted the law on ratification of the agreement between the governments of the member States of the SCO on international road transport, signed in Dushanbe on 12 September 2014. 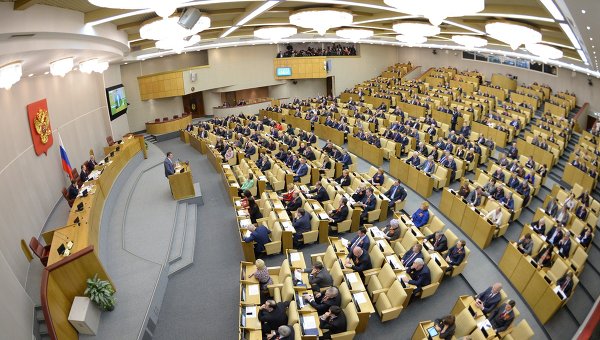 MOSCOW, 20 Nov. The state Duma adopted the law on ratification of the agreement between the governments of the member States of the Shanghai cooperation organization (SCO) on the creation of favorable conditions for international road transport.

The agreement was signed in Dushanbe on 12 September 2014.

Under this rule in accordance with the Federal law on automobile roads and road activities in the Russian Federation is adjudged to be the fee on account of compensation of harm caused by roads, with vehicles having the resolved maximum weight over 12 tons, which will be charged in Russia from November 15, 2015.

As noted in the explanatory documents, the agreement will allow to remove the existing ban on the entry of Russian vehicles into Chinese territory through checkpoints on the Kazakh-Chinese border. The agreement will increase the access of Russian goods to China and Chinese goods in the most regions of Russia. In addition, the implementation of the agreement will promote the development of Euro-Asian land transport links, which corresponds to modern international practice in transport policy conducted by the UN and its European and Asian regional committees.