MOSCOW, November 20. During the gas forum in Tehran, the participants will discuss increasing investment in the natural gas industry, said the Russian presidential aide Yuri Ushakov. 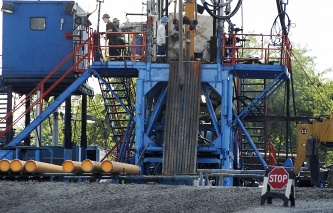 Shale gas: the geography and features of the production

According to him, global demand for gas, according to the calculations of experts, by 2040 will grow by 32% in comparison with indicators of 2014 to 4.9 trillion cubic meters.

“According to experts, the demand for gas in the world will grow faster than oil and other energy resources. By 2040, global demand for gas will increase by 32 percent to 4.9 trillion cubic meters. This opens up great opportunities for increasing production and supply of gas”, – said the representative of the Kremlin.

The energy strategy of the Russian Federation

Ushakov also said that the energy strategy of Russia until 2035 envisages growth of natural gas production to 885 billion cubic meters – an increase of 40% compared to 2014, “Russia pays priority attention to the development of the gas industry. A preliminary draft of the national energy strategy for the period up to 2035 means that the production of natural gas should be increased by 40% with 639 billion cubic meters in 2014 to 885 cubic meters by 2035,” said Ushakov.

According to him, production growth will occur, including by increasing the productivity of existing fields, development of new mining areas in Eastern Siberia and the far East, the development of offshore and shale deposits.

In addition, according to the assistant to the President, implemented an ambitious program of development of production and export infrastructure for LNG.