TEHRAN, November 21. Russia expects Iran’s announcement of the competitive conditions for participation in projects in the Republic, to decide on possible investments in these projects. This was reported to journalists by the Minister of energy Alexander Novak. 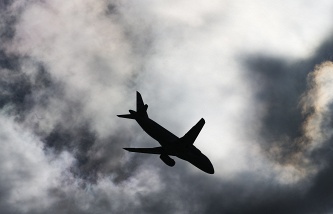 “We are waiting for them to announce their entry conditions in order to understand what investments will be carried out and (what) deadlines,” he said.

Novak also recalled that a Memorandum of the transaction “oil in exchange for goods” between Russia and Iran continued to act. “Our companies continue to interact with each other”, – said the Minister.

Minister of energy of the Russian Federation noted that the impact of the release of Iranian oil on the world market mainly will depend on the General situation on the market.

“Of course, the additional volume will affect the balance of supply and demand. Will need to see what will happen in the market in General, and to other countries, what prices will be at that time and what investments”, – said Novak.

The summit in Tehran

Kostin: VTB will not participate in financial transactions with Iran prior to the withdrawal of sanctions

According to Ushakov, the theme of the Tehran summit is “Natural gas is the best fuel for sustainable growth”. During the summit, the participants plan to discuss the prospects of the global gas market and encourage gas consumption.

Also, the participants will exchange opinions on actual problems standing in the way of gas industry development. Special attention will be given to coordinated steps to promote the interests of natural gas producers.

According to Ushakov, many documents are under preparation, but he announced two documents to be signed at the summit. So, the planned signing of the agreement between the governments of Russia and Iran on the simplification of mutual trips of separate categories of citizens also will be signed the Memorandum of understanding between the ministries of health of the Russian Federation and Iran.