KRASNODAR, November 20. Rosrybolovstvo expects in 2015 to increase commercial fish production by 22% to 195 thousand tons. In five years this figure will increase to 315 thousand, reported the press service of the Agency.

The plans spelled out in the state program “Development of fishery complex”. Given that in 2014, aquaculture production amounted to 160 thousand tons, in five years marketable fish production in Russia may grow almost two times. 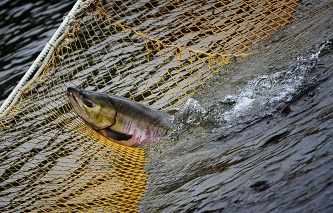 In addition, the size of sea areas in the Barents, White, Azov, Black, Caspian and far East seas, suitable for marine aquaculture development, is about 38 million hectares. Thus for production of commercial aquaculture fish farms is not more than 110 thousand hectares of ponds, the total production capacity sadkovich and basin farms is about 50 acres, and the modern area of the waters of the sea coasts, used for the cultivation of sea hydrobionts, does not exceed 25 thousand hectares.

“In other words, those wishing to engage in aquaculture business is where to turn,” said the press service.

Now for cultivation of fish and shellfish in the region uses about 30 thousand hectares damirovna areas of steppe rivers. Last year they raised 13 thousand tons, or 75% of the total volume produced in the region of the fish. 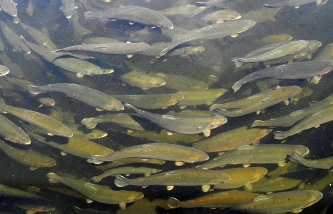 Rosrybolovstvo in 2016 will start after eight years the largest in the Krasnodar sturgeon hatchery. It is planned that next year the “South industrial sturgeon-breeding centre” will start the reproduction of sturgeon and other valuable fish species, including grass carp and silver carp. As has told on Saturday to the correspondent in the Azov-black sea basin management on fishery and preservation of water biological resources, the production volume in 2016 is not less than 700 thousand.

“Next year we plan to produce about 100 thousand pieces of juvenile sturgeon, 300 thousand pieces of carp and the same number of silver carp. Then we will gradually reach design capacity of 12 million juveniles a year”, – said the Deputy head of the institution, Mikhail Ganchenko.

In the future the plant is planning to grow other species of fish, caviar, which will supply with subordinate RESEARCH “Azcherryba” enterprises.

The numbers under the supervision of

In Crimea, try not to give forecasts in terms of volume of fish production for next year. “Everything will happen according to the rules of the Azov-black sea basin. Territorial Department of Russian Federal fisheries Agency is responsible for issuing permits, said Chairman of the state Committee for fisheries of the Republic Andrei Deduhin. – If the fishermen, considering their capabilities and usefulness, will want, then it will go in the direction of Anapa. It is too early to talk about it. Much will depend on fishing conditions, as will be Putin.”

According to Rosrybolovstva, in the last 14 years the highest increase of production was noted in the salmon family (from 3.8 thousand in 2000 to 44,9 thousand tons in 2014). Almost showed no growth production of sturgeon (in 2000 it produced two thousand tons of sturgeon, in 2014-m – 2,1 thousand). 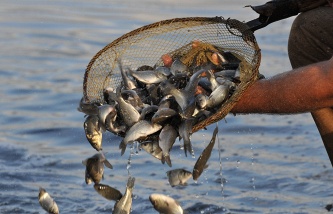 In Tomsk, learned how to process beer waste into fish food with the help of mushrooms

Ural and Siberian Federal districts, where Robilotto notes the high fisheries potential in 2014 has made only 6,1 thousand and 5.5 thousand tons, respectively.

In 2014 under the state program of the Russian Federation was adopted subprogram “Development of sturgeon complex”. In 2015 from the state budget it was allocated about 1 billion rubles.