KUALA LUMPUR, November 22. The talks on creating one of the world’s largest free trade areas, including the countries of the Association of Southeast Asian Nations (ASEAN), Australia, China, India, New Zealand, South Korea and Japan, will not be completed until the end of this year, as previously planned. This was during the ASEAN summit on Sunday said Prime Minister Najib Razak. 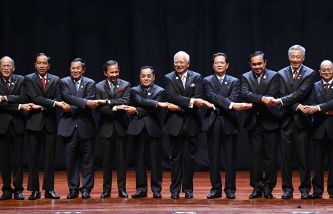 “Given the problems we encountered, as well as the value of this agreement, it needed more time to negotiate,” – said Razak. According to him, negotiations on the creation of the partnership will be continued in 2016.

The regional comprehensive economic partnership (Regional Comprehensive Economic Partnership, RCEP) is created with the support of China and, according to many experts, is the main competitor in the region is another trading block – the TRANS-Pacific partnership promoted by the United States. The share of the RCEP countries account for 30% of global GDP.