TEHRAN, November 23. Commissioning of the first phase of power bridge to Crimea will cover about 70-80% of the Peninsula, told reporters by energy Minister Alexander Novak.

“About 70-80% will be covered. With the commissioning of the second phase, we plan to introduce in may 2016, Crimea will be fully provided with electricity at the expense of own generation and power flows from the power system of Russia”, – said Novak journalists.

According to him, previously it was assumed that the second phase of power bridge to Crimea will be put into operation in December 2016.

The undermining of the power lines is a crime 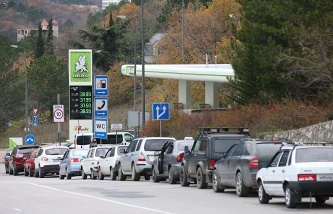 The pressure of Ukraine rallied the people of Crimea, they’re ready to ride out temporary difficulties

In Simferopol extinguished signs, pedestrians use navigators to not get lost

Also the head of the Ministry of energy called a crime directed against the life of the Crimeans, the situation with the sabotage of power lines in Ukraine.

“I think it’s overall a pretty serious crime because of the blackout entirely of Crimea and the Subversion which has been carried out, undermining the supports, the destruction of power lines , was aimed essentially at creating conditions that do not ensure the livelihoods of people living in Crimea. It really is a crime, a serious crime,” said Novak.

He noted that he was surprised that so far Ukrainian authorities have not provided access to the Ukrainian power engineers to emergency power lines to repair them.

“This means that the Ukrainian authorities have agreed with the actions of extremist groups, no action is taken,” – said the head of Ministry of energy, stressing that it is necessary urgently to provide access repair crews to restore power lines.

Novak does not exclude that Russia may consider retaliatory measures against Ukraine in connection with the case of Crimea.

“Now I’m on this question was not answered, I think this issue will be addressed in the short term,” said Novak journalists, answering the question whether the Russian Federation the possibility of introducing reciprocal measures towards Ukraine, for example, to restrict the supply of coal.

The Crimea remained without electricity supply from Ukraine the night before. According to information from Kiev, the reason is blowing in the Ukraine electricity transmission lines, leading to the Peninsula.

In connection with the termination of electricity supply to Crimea from Ukraine, the Peninsula is now living in the mode of rolling blackouts. The power supply is disconnected successively in different areas. By order of the authorities shutdown may not exceed two hours. The power system of the Crimea works in stand-alone mode, i.e. it can only rely on their own generation, which is not even enough to do half of all needs.

Sanctions in the gas sector 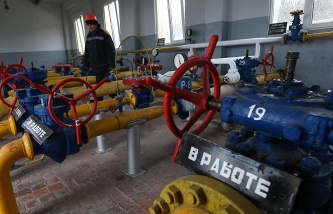 Also the head of the Ministry of energy of the Russian Federation named the key point of condemnation in the final Declaration held in the Iranian capital of Forum of gas exporting countries (GECF) to impose sanctions in the gas sector.

“A very important point, which first appeared in such a document is agreed on, leaders: it is about the condemnation and rejection conducted separately on some countries’ sanctions policies in the gas industry and application of discriminatory laws by individual countries outside of the territories, which adopt such laws,” said Novak journalists.

He stressed that such wording in the Declaration at the forum of gas exporting countries appeared for the first time.

“All parties agree with the condemnation of this approach, the application of unilateral sanctions concerning the gas industry. I think this is a key point, which today was adopted at the leaders ‘forum of gas exporting countries”, – said the Minister.

Russia is ready to participate in consultations

Also Novak said that Russia is ready to participate in consultations on the eve of the OPEC summit, which is scheduled for December 4th, if there be such a proposal, and this meeting will be held.

“If there is an offer and all the countries consider it necessary to meet the 3rd number, we will be ready also 3rd to take part”, – he added.