The Russian leader in the framework of the forum of gas exporting countries may also hold a meeting with the head of Venezuela Nicolas Maduro and President of Bolivia, Evo Morales. 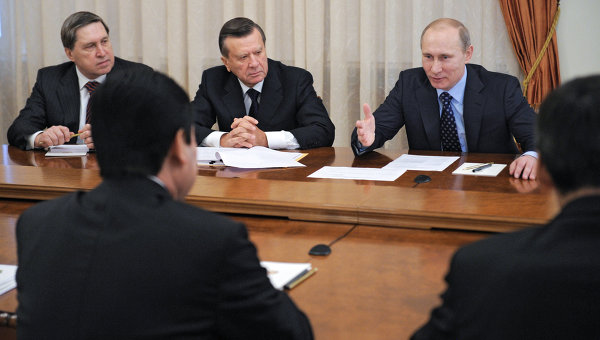 MOSCOW, November 23. The President of Russia Vladimir Putin will hold within the framework of the forum of gas exporting countries meeting with President of Turkmenistan Gurbanguly Berdimuhamedov and can also communicate with the President of Venezuela Nicolas Maduro and the head of Bolivia Evo Morales.

Putin on November 23, will pay a working visit to Iran to participate in the third summit of heads of state and government of participating countries of the Forum of gas exporting countries (GECF). In GECF includes 12 countries-suppliers of natural gas (in addition to Russia, that Algeria, Bolivia, Venezuela, Egypt, Iran, Qatar, Libya, Nigeria, UAE (2012), Trinidad and Tobago, Equatorial Guinea) and 6 observer countries: Oman, Netherlands, Peru, Norway, Kazakhstan and Iraq. The members of the Forum together account for about 79% of the world’s gas reserves and almost half (45%) of world gas exports.

In this summit, besides Russia, will be attended by the presidents of Bolivia, Venezuela, Iran, Nigeria, Equatorial Guinea and the Prime Minister of Algeria. The remaining States will be represented at the management level and representatives of energy agencies.

“As a special guest invited to the summit and will arrive the President of Turkmenistan Berdimuhamedov. By the way, with him we scheduled a bilateral meeting,” — said earlier to journalists by the Russian presidential aide Yuri Ushakov.

“There are other appointment requests, particularly from the Bolivian President (Evo) Morales, Venezuelan President (Nicolas) Maduro. We will see what will be the agenda of this event and, accordingly, will try to find boxes for these, and possibly other contacts, including short contacts “on the ground”, — said Ushakov.

Earlier, Maduro announced his plans to meet with Russian head of state. The Venezuelan leader noted that the situation with oil price is associated with the actions of the United States, which, he said, trying to put pressure on independent producers.

The fall in world oil prices had a negative impact on the economic situation of Venezuela and the national currency of the country. At the official rate of 6.3 Bolivar on the black market the value of the dollar in Venezuela is around 800 bolívares. For different types of operations in the country and there are several intermediate courses, but they are far from the course of “black market”.

The Bolivian President also previously announced its intention to meet with Russian President in Tehran. Morales noted that he would like to discuss with Putin the power industry, exploration of hydrocarbon fields in Bolivia from the Russian “Gazprom”, as well as the project center for the study of nuclear energy.

In late October, Morales announced the construction within four years of the center for the study and development of nuclear technologies for Russia’s technological assistance. The cost of the project is $ 300 million, the center will be located in the city of El Alto.