TEHRAN/MOSCOW, November 23. The President of Russia Vladimir Putin will pay a brief working visit to Tehran to participate in the third summit of the Forum of gas exporting countries (GECF).

It is the second visit of the Russian leader of Iran, the last time Putin was in the Islamic Republic at the 2007 Caspian summit.

The agenda of the summit and Moscow’s position

According to the Russian presidential aide Yuri Ushakov, the Russian leader is scheduled to speak at the plenary session of the summit and holding bilateral meetings. Also the program includes a reception in honor of heads of delegations on behalf of the President of Iran.

The representative of the Kremlin did not disclose the content of an upcoming speech by the President of the Russian Federation, but stressed that Moscow “fully supports” the thesis, formulated as the theme of the Tehran summit: “Natural gas is the best fuel for sustainable growth”.

According to Ushakov, the meeting participants plan to discuss the prospects of the global gas market and promote gas consumption as the most affordable, cost-effective and environmentally friendly form of energy. 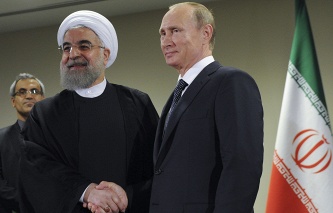 Putin in Iran will meet with Rouhani and Ayatollah Khamenei, possible conversations with other leaders

“Will exchange views on topical issues standing in the way of gas industry development. Special attention will be paid to possible coordinated steps to promote the interests of producer countries. Speech, in particular, we will focus on maintaining the practice of long term gas supply contracts and fair risk sharing between suppliers and consumers of fuel,” said assistant to the President of the Russian Federation.

The summit is expected to adopt a joint Declaration, which will reflect the principled position of the countries-participants of the Forum on the priority issues of cooperation in the gas sphere. According to Ushakov, it is, in particular, about the “absolute sovereignty of the producing countries over their natural gas resources”, the increased investments in the gas industry and ensure the transparency of the gas market and fair pricing, which would guarantee the return on investment of producers in capital-intensive extraction projects and gas transportation, etc.

In addition, the Declaration will be stated that all participants of the Forum are a reliable exporter of gas, said the representative of the Kremlin. 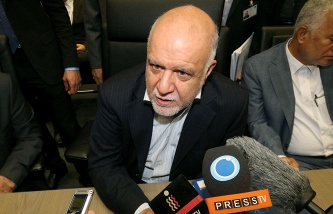 The assistant to the President of the Russian Federation voiced the forecasts of experts, according to which the demand for gas in the world will grow faster than oil and other energy resources. “It is expected that by 2040 global demand for gas will increase by 32 percent to 4.9 trillion. CBM This opens up great opportunities for increasing production and supply of gas, including our country,” – said Ushakov.

The forum of gas exporting countries at the level of Ministers of energy was held since 2001 on the initiative of Russia in 2008 has received the status of full international organization. According to Ushakov, the member countries of the GECF together account for about 79 % of the world’s gas reserves and almost half of global gas exports. 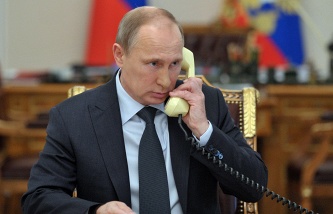 The press service of the Kremlin: Putin meets with Rouhani aspects of Russian-Iranian cooperation

The first summit at the level of heads of state and government of participating countries of the Forum was held in 2011 in Doha (Qatar), where is located the headquarters of the organization. The second summit was held in 2013 in Moscow. As noted Ushakov, achieved at that meeting in the Russian capital agreement “will significantly strengthen coordination of the participating countries of the Forum on strategic issues for gas industry development” and “laid the Foundation for many common approaches to fair pricing and equal distribution of risks between consumers and suppliers of fuel”.

Just in GECF includes 12 countries-suppliers of natural gas (Russia, Algeria, Bolivia, Venezuela, Egypt, Iran, Qatar, Libya, Nigeria, UAE, Trinidad and Tobago, Equatorial Guinea) and several observer countries (Oman, Netherlands, Peru, Norway, Kazakhstan and Iraq). At the meeting of energy Ministers of member States of the GECF on November 21, approved the proposal of Azerbaijan to join the organization as an observer.