MOSCOW, November 23. A number of Russian companies took the decision to move new year corporate parties at an earlier or later deadlines due to cash savings. As told to the correspondent the Vice-President of the Federation of restaurateurs and hoteliers of Russia Vadim Prasov, some companies order a new year corporate events on December 10-15, the percentage of companies tolerates the celebration of the New year on the date closest to January 14. 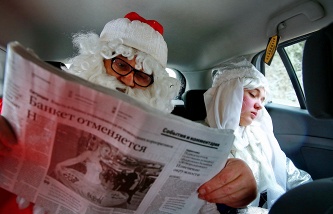 According to Prasova, when you order a new year corporate parties some firms to save on fireworks and live music. Therefore, we revised the price of performers. Artists have begun to reduce prices on their services.

According to Prasova, this year’s Christmas menu for lovers of corporate events in Moscow restaurants of an average price category rose by about 10-15% compared with last year. On average, during the New year celebration with colleagues, a resident of the capital this year will have to pay from 2 to 6 thousand rubles. The prasov has noted that the menu in restaurants has risen due to the increase of cost of products. 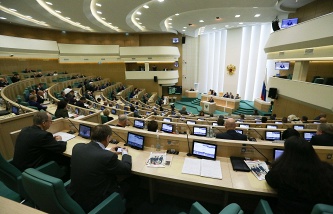 Matvienko: the senators will not abandon new year corporate party, but it will be modest

“At the end of last year, despite the food embargo of the Russian Federation and the fluctuation of currencies, the restaurateurs were very reasonable and tried not to raise the prices on the menu. Yeah, someone cut the amount of servings, but did not inflate the prices. Menu slowly began to rise since the beginning of this year”, – said the Agency interlocutor.

“On new year’s night all restaurants and hotels are filled. About the good loading, for example, Moscow experts say. However, no one suggests that the first two decades of January, many of the capital’s hotels and restaurants will be empty, as happened this year when more or less decent loading began on 27 January,” concluded the Prasov.