NOVOSIBIRSK, November 23. Novosibirsk businesswoman Marina Zotova demanded to declare bankrupt American businessman Eric Shogren, founded in 1996 in Novosibirsk was once the largest fast food chain New York Pizza. This is stated in the documents of the arbitration court of the Novosibirsk region.

“Individual entrepreneur Zotova Marina Viktorovna has addressed in arbitration court of the Novosibirsk region with the statement for a recognition insolvent (bankrupt) Shogren Eric John, referring to the presence of overdue more than three months arrears in the amount of 6 million rubles”, – stated in the documents. 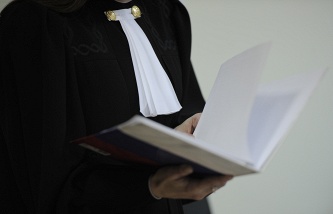 The claim is accepted for production, the first meeting will be held on December 14. Comments of representatives of Shogren does not yet have.

The fast food chain New York Pizza was founded by Eric Sogrina in 1996 in Novosibirsk and was one of the first in Siberia.

In 2008, the restaurant staff came to the rallies, stating that they are not paid, and in the spring of 2009, investigators accused of Shogren and top Manager of the company Eugene Golovkovo fraud. According to investigators, New York Pizza has not paid off with multiple suppliers, causing them damages of 20 million rubles. Subsequently, the Railway district court of Novosibirsk has stopped criminal case in connection with the lapse of time.