The theme of the meeting, which will take place in Perm, will be the implementation of the policies of the country in the field of import substitution in Russia’s regions. 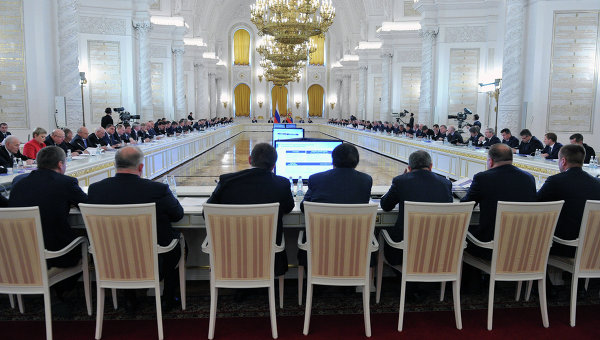 MOSCOW, November 23. The Russian President Vladimir Putin convened a meeting of the Presidium of the State Council in Perm on November 24, according to a presidential decree on the official portal of legal information.

As stated in the document, the theme of the meeting will be the implementation of the policies of the country in the field of import substitution in the Russian regions.