SIMFEROPOL, November 24. /Corr. Elena Bogdanovich/. The head of the Crimea Sergey Aksenov dismissed the Minister of fuel and energy of the Republic Sergey Yegorov, because of poor performance in emergency mode (emergency). The resignation he announced at a meeting of the Council of Ministers of Crimea.

“Given the fact that the Ministry of fuel and energy does not perform its functional duties, Sergey Viktorovich, You have to look for another job. I’m sorry, of course, that You have failed us all in this situation. The graph generated was not” – said Aksenov at the meeting of the Council of Ministers of Crimea.

Feldman strongly criticized the unsatisfactory work of the Ministry for the scheduling of rolling outages and the inequitable distribution of electric energy generated on the Peninsula, to cities and districts.

Aksenov also said that the work of the Ministry in emergency situations will appreciate the Prosecutor’s office.

“Thank you (Sergey Egorov – approx.), rather, the Prosecutor’s office will tell you whether a thank you,” he said, commenting on the dismissal of the Minister.

Acting Minister of fuel and energy Aksenov has appointed his assistant Svetlana Baradulin.

“I am confident that she will cope with the situation. Svetlana A. a person who understands what’s going on. Situation she will be able to intercept,” said he.

The Ministry of fuel and energy of Crimea under the leadership of Borodulino should for two hours to prepare a new live schedule of rolling blackouts, starting in Simferopol, said Feldman.

“Schedule Simferopol will be published within two hours. Then – the rest of the country. The process should be taken fully under control. To start with those localities where there was no light at all – either one hour”, – said Aksenov. 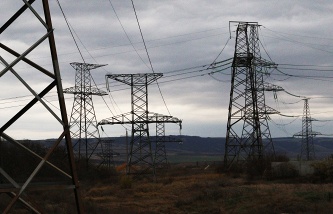 Aksenov also said that the organizers “Energobud” of the Crimea will be found and punished.

“We see that the situation is in Ukraine of a political nature. Separate figures are ex – Crimeans are trying to put forward political demands and engage in some trade. Explanation: Crimeans Home not selling. We returned Home and not going to change anything. All these scum of our law enforcement agencies will install. They hide their faces behind masks. But all of these people we’ll find, I’m sure,” – said Aksenov at the meeting of the Council of Ministers of the Republic.

Without electricity in the Crimea as of 08:00 Moscow time are about 938 thousand people, according to the situational and analytical center of the Ministry of energy of the Russian Federation.
Socially important facilities connected to backup power sources. 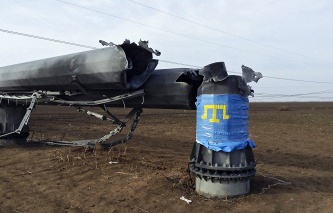 According to the Ministry of energy of Russia, in Sevastopol facilities are powered by redundant power supplies. Works on connection of consumers continue.
Electricity generation amounted to 360 MW. Set limits on consumption – 300 MW.

Settlements of the Crimea remained without electricity on Sunday night, November 22. The supply of electricity has stopped in all four lines coming from the territory of Ukraine. Two of them because of damage to poles were destroyed on Friday, two bearings, as reported in the Ministry of internal Affairs of Ukraine, were undermined last night. The authorities of the Peninsula have entered an emergency situation mode (CHS).