MOSCOW, November 23. Russian aircraft over the past two days destroyed a large oil storage and refinery plant near Raqqa in Syria, said on November 23, the official representative of the defense Ministry major General Igor Konashenkov. 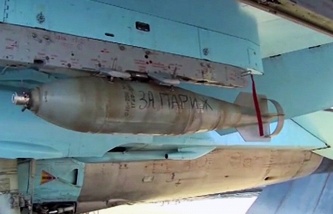 “Russian bombers from the air base Hamim perform combat missions to destroy convoys of fuel trucks and oil refineries in areas of oil fields on the North and East of Syria”, – said the General.

“15 kilometers southwest of the city of raqqa destroyed a large storage facility,” said Konashenkov. In addition, according to him, 50 kilometers South of Raqqa bombers su-34 destroyed the refinery, which was under the control of terrorists.

“In the desert of al-Machimura, 50 kilometers North of the village in Deir ezzor, the su-34 was hit in the fuel tanks. The object in the exact result getting completely destroyed,” the General added.

He recalled that such objects are in the districts of Palmyra, Deir ez-Zor and raqqa controlled by the terrorists and are one of the main sources of their funding.

The defense Ministry spokesman added that planes of the Russian air group in five days killed in Syria more than a thousand trucks that carried crude oil to the refineries of “Islamic state” (is prohibited in the RF group).

“I want to emphasize that over the past five days, Russian aircraft destroyed more than a thousand trucks-nalepnica transporting crude oil to the refineries controlled by the terrorist group ISIL,” said Konashenkov.

According to him, in particular, in the area of the settlement of raqqa during air reconnaissance were two columns of vehicles carrying oil to the refineries controlled by ISIS. Air strike su-34 was destroyed about 80 cars.

Earlier on November 23, Konashenkov said that for the last two days the planes of the Russian air group has performed 141 sorties and attacked 472 object in eight provinces of Syria.