MOSCOW, November 24. The su-24 Russian air group crashed on Syrian territory, presumably it occurred as a result of attack from the ground. It is reported by the defense Ministry. 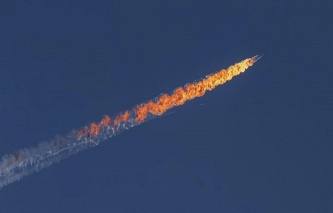 The Turkish General staff: the air force knocked violated the airspace of the Republic of the aircraft

As noted in the defense Ministry, the plane was at a height of 6 thousand meters.

The fate of the pilots specified. According to preliminary data, the pilots managed to eject.

“We also elucidate the circumstances of the fall of the Russian plane. The defense Ministry notes that the duration of the flight the aircraft was solely over the territory of Syria. This is recorded by objective means of control,” said the defense Ministry.

Earlier media reported that the fighter jet crashed in Syria, allegedly violated the airspace of Turkey gets shot down Turkish air force.

A source in the defense Ministry of Turkey told Reuters that Turkish pilots allegedly tried several times to get in touch with the pilots of the downed fighter, but received no reply. After that, Turkish F-16 opened fire on defeat.

Prime Minister Ahmet Davutoglu holds in connection with the incident urgent meeting with the leadership of the General staff.