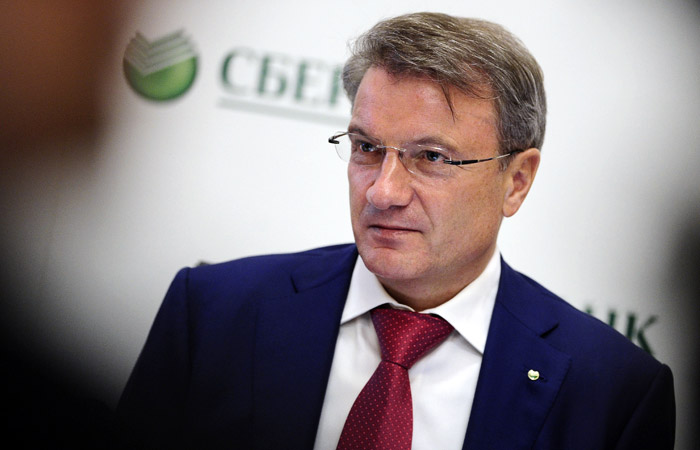 Moscow. November 23. The head of Sberbank German Gref believes it is right to completely privatize Sberbank of Russia. His position he outlined in an interview with German newspaper Handelsblatt.

During the transition period, the Bank of Russia should maintain a blocking stake – 25 percent of Sberbank, Gref believes. He also noted that the government is taking “too involved in the economy.”

The head of Sberbank has already put forward such a proposal, almost 6 years ago, in January 2010 in Davos, he advocated reducing the state’s share in the equity of Russian banks, saying: “let’s start with Sberbank”.

He said then that, this will help reduce the budget deficit, but noted that the privatization of state-owned banks must take place gradually, over several years, with the state need to be kept in the Sberbank share in the amount of 25% + 1 share.

Then the forum was made by Alexei Kudrin, at the time, held the posts of Deputy Prime Minister and Minister of Finance. He in 2010 stated that it was too early for the state to leave the leading banks, but did not exclude that in the future it will be done. Speaking on the sale of shares in Sberbank, he stressed that this will be done after the sale of a stake in VTB. This is due, according to him, the fact that Sberbank has more minority shareholders, as well as a huge social responsibility.