Phnom PENH, November 23. Prime Minister Dmitry Medvedev completes his Asian tour with a visit to the Kingdom of Cambodia, where he arrived on Sunday. As reported in the press service of the government, the Prime Minister will stay in the country on November 24.

It is expected that Prime Minister will hold talks with his Cambodian counterpart Prime Minister Hun Sen and meet with king Norodom Sihamoni. Following those negotiations it is planned to sign several bilateral documents. Besides, as has told a source in the Russian delegation, Medvedev is going to visit the city of Siem reap. 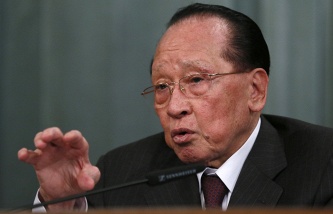 The Minister of foreign Affairs of Cambodia: Medvedev’s visit will lift on new level of relations of Phnom Penh and Moscow

Cambodia – a longtime partner of Russia in Southeast Asia. In may 2016, Russia and Cambodia celebrate the 60th anniversary of the establishment of diplomatic relations. “The upcoming visit is aimed at further strengthening of comprehensive relations between the two States, with an emphasis on expanding trade – economic, investment, military-technical and humanitarian cooperation”, – said the interlocutor.

He also noted that bilateral political dialogue is developing steadily. The previous meeting of heads of governments of Russia and Cambodia was held on the sidelines of the 9th East Asia summit in November 2014 in Nay Pyi Taw (Myanmar).

Also supported inter-parliamentary contacts in the line ministries and departments, law enforcement agencies. This year Russia was visited by three Cambodian Deputy Prime Minister, several Ministerial-level delegations. The preconditions for interaction between the leading political parties of the two countries.

On the international arena Russia and Cambodia combine identical or similar positions on topical issues of global and regional agenda. At the 15th summit of the Shanghai cooperation organization in Ufa in July 2015, Phnom Penh has received the status of dialogue partner of the SCO. There is the interest of the Cambodian partners to develop a free trade zone with the Eurasian economic Union. 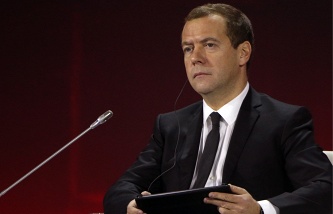 According to the source, in 2014, the two countries ‘ trade amounted to $132,7 million , while Russian exports amounted to $3.8 million and imports of $128.9 m . In January – September 2015 the trade turnover amounted to us $81,4 million (exports – $1.5 million , import – $79,9 million ). The basis of the Russian export of formed food products and agricultural raw materials, mineral products and chemical products, wood and pulp and paper products, machinery, equipment and vehicles; the main imports are textiles and articles thereof, food products and agricultural raw materials, machinery, equipment and vehicles.

Accumulated Russian investments in the Cambodian economy is estimated at $20 million . In addition, there are opportunities for mutually beneficial cooperation in the fields of civil aviation, energy, telecommunications, construction, industrial enterprises and transport facilities.

From the point of view of tourism development, the popularity of Cambodia is also increasing. In 2014 the country was visited by about 108 thousand people. Further growth of tourist flow from Russia to Cambodia is designed to facilitate signed in Moscow in March this year by the interdepartmental program of joint actions in the field of tourism for 2015-2017.