At the moment the Crimea is experiencing a capacity deficit by about 60-70% due to the blackout. Crimea will be fully provided with electricity at the expense of own generation and power flows from the power system of Russia only after the commissioning of the second phase of the power bridge, said the head of Ministry Alexander Novak. 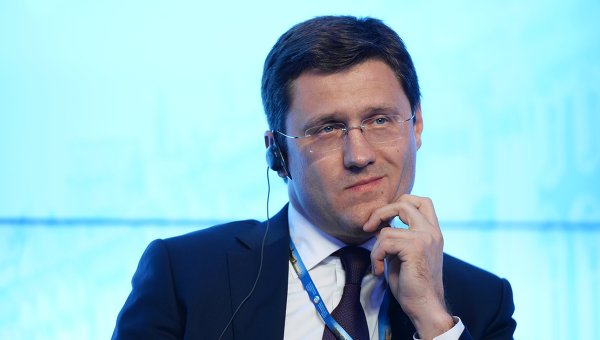 TEHRAN, Nov 23. By energy Minister Alexander Novak did not rule out that Russia may consider retaliatory measures against Ukraine in connection with the case of Crimea.

“Now I’m on this question was not answered, I think this issue will be addressed in the short term,” said Novak journalists, answering the question whether the Russian Federation the possibility of introducing reciprocal measures towards Ukraine, for example, to restrict the supply of coal to Ukraine.

The Ministry of energy seeks to accelerate the commissioning of the first phase of power bridge to Crimea before the designated deadline (end of 2015); this will cover about 70-80% of the Peninsula’s electricity, told reporters by energy Minister Alexander Novak. The commissioning of the second phase, scheduled for may 2016, will make the Crimea is completely independent from energy imports.

“Of course, now the Crimea is experiencing a shortage of capacity by approximately 60-70% in the absence of flows from the Ukrainian energy system. We have to enter the schedule of interruptions, that is, the housing Fund, enterprises provided electricity on schedule. It’s a few hours a day in several periods. In different regions is different, but the schedule is designed to evenly distribute the existing possibilities of energy supply,” said Novak.

According to him, in Crimea, in Sevastopol and in Moscow, there are operational headquarters. “We are taking measures now in order, primarily, to accelerate the construction of energy bridge, bring his commissioning that will give us an opportunity to supply, entering the first turn, an additional 400 MW capacity,” the Minister said.

“We scheduled this was the end of the year, according to the specified schedule. It was originally planned that concrete developments will be in March 2016, then we can adjust your plan, set more stringent conditions and synchronized in a way to enter in December. Now considering also accelerate this process,” he said. According to Novak, the first phase of power bridge will cover about 70-80% of needs of Crimea’s electricity.

The head of Ministry did not name the exact date of commissioning of the first phase of the power bridge, adding that now every day is valuable. “So we see practically how, on how many days it was possible to cut the deadline”, he said.

“With the commissioning of the second phase — we plan to introduce in may 2016, Crimea will be fully provided with electricity at the expense of own generation and power flows from the power system of Russia”, — said Novak. According to him, previously the second phase of power bridge to Crimea it was planned to put into operation in December 2016.