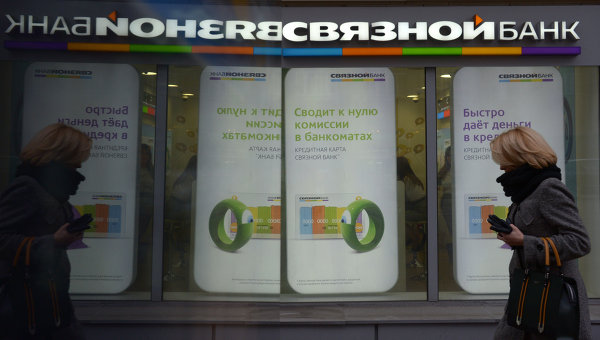 MOSCOW, 24 Nov. Payments to depositors of Moscow banks “Baltic” and Sviaz Bank, which on Tuesday, the Bank of Russia revoked the license, will begin no later than December 8, according to the Agency for Deposit insurance (DIA).

“For operational reception of statements of citizens and the fastest possible payment of compensation on deposits DIA intends to use the agent banks. In accordance with the decision of the Board of ACB such agent banks will be selected on a competitive basis no later than 30 November 2015”, — stated in the message.

The Bank “Baltika” was involved in questionable conduct transit operations, including cash withdrawal abroad in large volumes. The management and owners of the Bank has not taken the necessary measures to normalize its activities, notes the regulator. By total assets, according to Central Bank data, as of 1 November 2015 162 took place in the banking system.

Problems at Svyaznoy Bank began about a year ago, when its owner Maxim Nogotkov received a notice of default on the debt, the collateral for which was made by a controlling of group of companies “Svyaznoy”. Contributors from that moment began EN masse to withdraw money from the Bank. To violate the mandatory standards of the Bank started since the end of March 2015. Control over the Bank in late April, passed from Maxim Nogotkov to North Financial Overseas Corp. Oleg Malis. The management of Svyaznoy Bank until the last moment sought the Bank rehabilitation to avoid revocation of the license, but was unable to find it. According to the Central Bank, by total assets Svyaznoy Bank on 1 November 2015 ranked 150th in the banking system.