TEHRAN, November 23. The President of Russia Vladimir Putin and the Supreme leader of Iran Ali Khamenei discussed issues of bilateral relations, including energy cooperation, the situation in Syria and a number of other topics, reported the press Secretary of the Russian President, Dmitry Peskov. 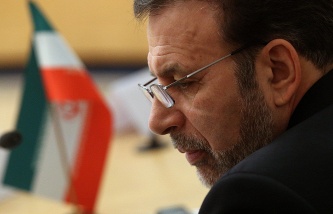 Russia and Iran are looking for ways to step up cooperation

“Interview with the Supreme leader of Iran Ali Khamenei lasted longer than expected, over one and a half hours. The conversation was very constructive. The leaders exchanged views on the current state of bilateral relations, including in trade and economic cooperation, noting the presence on the agenda of a large number of specific projects, the energy sector and other areas”, – said Peskov reporters.

“According to Khamenei, the current level of our cooperation does not correspond to the potential of our two countries and the Supreme leader expressed hope that the talks today will be held between Putin and Rouhani will lead to results that will be a significant impetus for diversification of our bilateral trade and economic relations”, – said the press Secretary of the head of the Russian state.

According to him, the Iranian side gave a high assessment to the efforts that were made by the Russian side to resolve the Iranian nuclear program.

“Much of the discussion focused on crisis situations in the General region, in the first place, discussed the situation in Syria. Hosted extremely detailed exchange of views, it was stressed the unity of opinions of Moscow and Tehran against taking dictation options for a political settlement from outside, and no alternative implementation of this political method by the Syrian people,” said Sands.

Vladimir Putin during a personal meeting with the head and spiritual leader of Iran presented him with the gift of ancient handwritten copy of the Koran.

“The President of the Russian Federation Vladimir Putin presented the head and spiritual leader Ayatollah Ali Khamenei in the gift of an old manuscript of the Quran”, – stated in the message Agency IRNA. The President’s press Secretary Dmitry Peskov confirmed that the Russian President has presented such a gift, stressing that handed over to the Iranian side of the sample is a copy.