TEHRAN, November 23. The presidents of Russia and Iran Vladimir Putin and Hassan Rouhani in the evening in the Iranian capital began negotiations at the highest level. 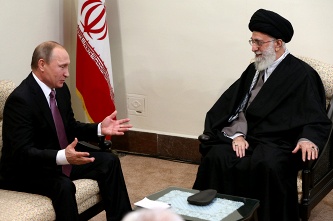 The talks were held after both leaders attended the forum of gas exporting countries.

As expected, after the meeting, a ceremony of signing bilateral documents.

Features of the organization of the work of photographers and videographers has resulted after the two leaders went into the meeting room and stayed for traditional photography, among journalists there was a stampede. Trying to occupy the best places for shooting, photojournalists knocked several of his colleagues and even pushed the representatives of both delegations.

After some time order was restored, the talks continued without the press.