VLADIVOSTOK, November 24. /Corr. Natalia Nikulina/. “The entrance ticket” for potential investors integrated entertainment resort “Primorye” will amount to 1.5 billion rubles for the construction of infrastructure, the winners of the auction for the available land plots of gambling zones will be known in mid-December, according to the regional administration.

“For the second selection, the company changed the rules of the game. One of the main requirements for future investors – the target payment for the construction of infrastructure in the amount of 1.5 billion rubles. The winners of the auction will be known in mid-December, then we will call the names of the new investors of the tourist zone. We believe investors will be, the opening of the first casino have shown great interest of foreign partners to this project”, – quotes the words of the administration of Vice-Governor of the region Sergey nekhaeva.

The total amount of the already signed investment contracts for the construction of hotels and casinos is 108 billion. Key investors were G1 Entertainment teamed up with Melco International Development Limited, a Malaysian company NagaCorp Ltd, the “Royal Time Primorye” Diamond Fortune Holdings Prim. In particular, G1 Entertainment has opened the first facility, casino Tigre De Cristal. The construction of NagaCorp Ltd has been delayed due to the fact that next to its site in July it was discovered a large settlement of people who lived more than 2.5 thousand years ago. The company has committed itself to preserve valuable historical find and to Fund all archaeological work, including excavation and preservation of all objects.

According to Sergey nekhaeva, planned volume of tax revenues to the regional budget at this stage of the project will reach 1 billion rubles, and when at full capacity – 6 billion rubles a year. 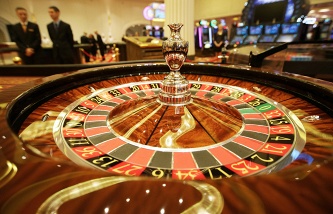 Near Vladivostok was opened the largest casino in Russia

Favorable differences from other territories

“I were sufficiently acquainted with the activities of such facilities. Integrated entertainment zone “Primorye” is characterized by several parameters. First, the basis of the seaside project, a qualified foreign investor. Secondly, the development of tourism, focused primarily on the Asia-Pacific region. As well as the possibilities offered by the Free port of Vladivostok, for example, making an 8-day visa right in the airport. All this greatly increases the benefits of a seaside resort” – quoted administration Minister’s words.

The gambling zone “Primorye” will be located in muravyinaya Bay near Vladivostok on the area of 620 hectares, where in addition to entertainment centers and casinos planned to build four five-star hotels, seven four – star and four – star. On the campus there will be 12 guest villas, yacht club, a multipurpose trade and exhibition complex, several cinemas, promenade and other tourist facilities.