MOSCOW, November 23. The recession in the Russian economy has ended, said the head of Ministry of economic development of Russia Alexei Ulyukayev at the annual meeting with heads of diplomatic missions of countries-members of EU in Moscow. 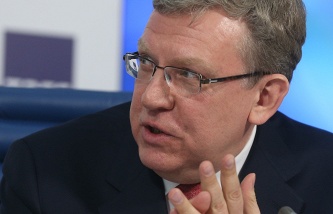 Kudrin expects a recession in the Russian economy in 2016

According to the head of the Ministry of economic development, the decline in GDP by the end of 2015 could reach 3.7 percent.

“Quarterly assessments show that the recession, by its definition, is over. But when compared with the previous year, we are seeing a decline. At year-end we forecast a decline of 3.9%. Maybe there will be less to 3.7 per cent,” he said.

According to him, the decline of Russia’s GDP in October in annual terms amounted to 3.6%.

Ulyukaev said that the lowest point of the recession was passed in June-July of the current year.

“Different sectors of the industry feel differently. In the beginning of the year the situation was worse with those industries that relied on consumer demand. Now the situation has changed, investment demand has improved,” – said Ulyukayev.According to him, by the end of 2015 the decline in capital investment amounts to 10 percent.

The Minister believes that instability in the financial market is complete. “The deposits of individuals and legal entities are growing, indicating confidence in the banking and financial system. We can see that deposits increased by 15 percent this year in nominal expression”, – he explained.

The policy of sanctions and restrictions is not productive in relations between Russia and the EU, pointed out the speaker.

“We believe that the policy of sanctions and restrictions in different areas is counterproductive. Unfortunately, our joint projects such as the initiative “Partnership for modernization”, is a project remains frozen, except for some areas, such as space, migration, health. The rest of it is frozen,” he said