MOSCOW, November 24. The level of support of Russian President Vladimir Putin is at the peak maximum values – 87-88% – and remains high for one and half years. This is evidenced by the survey data of the all-Russia centre of studying of public opinion (VTSIOM), presented V. 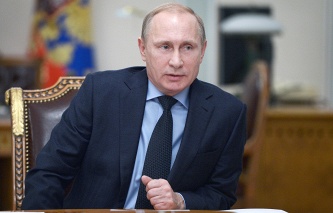 FOM: Putin’s approval rating in 15 years has grown more than in 1,5 times

VCIOM experts noted that the increasing approval of the President was fixed at the background of the Crimean events spring 2014: the rating began to increase in March and in may rose to 86% (from 64% in February). In October of this year it was 87%.
Sociologists indicate that in the last year and a half, the approval rate of the President remains high at above 84%, while it retains a high position for 16 years: average monthly values from 1999 he never dropped below 60%.

The rating is stable and not amenable to pressure

As noted by the head of VTSIOM Valery Fedorov at a press conference in oscillations of the rating of the President occur in a fairly narrow range, from 84% to 90%. According to him, none of the recent events are unable to exert “pressure on the rating nor from below, nor from above”, a rating of “an Autonomous, independent character.” Fedorov also noted that the rating of approval of activity of Putin for the third time since 1999 reached a historical maximum. 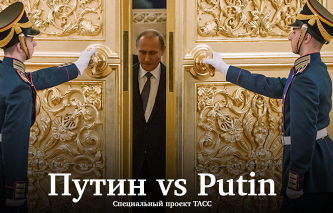 “In 15 years of measurements, which started in the fall of 1999, just after Vladimir Putin for the first time headed the government of Russia, his approval rating has experienced three peaks is the autumn of 1999, in the autumn of 2002 and the current period which had been ongoing for 1.5 years to this day,” said Fedorov. He explained that in each case the “peak reached 87-88% supporting or endorsing it in the post, which he held”.

Fedorov noticed that according to global practice, the effect of foreign policy successes that increase the rating of a policy that lasts a few months, and then the figures go down drastically. “We have, we see the growth on the background of the “Crimean spring” happened, and the recession has not happened. It is obvious that the course, Putin’s policies, his very figure, causes such high endorsement that he is “beyond the elements”, – said the head of VTSIOM.

Economic problems do not affect the rating

Fedorov stressed that the deterioration of the socio-economic realities will not adversely affect the rating of the President, on the contrary, the growth of approval of activity of Putin is celebrated as the time in the least well-off group of Russians.
According to VCIOM, the largest increase in approval rating of the President’s activity over the past two years was found among the poorest citizens to 45% in November 2013 to 82% in may 2015. Among respondents with average incomes, the confidence rating of Putin increased from 63% to 88%.

According to Fedorov, Putin’s support in the electorate women was slightly higher than in male – 89% and 84%, respectively.

The initiative Russian opinion polls the polls were conducted in the years 1999-2015 in 130 populated areas in 46 regions, every time they were interviewed 1,600 people. The statistical error does not exceed 3.5%.