Prohibition of import of products from Turkey will be logical, this step should be one of the responses to the situation with the downed Russian bomber, says Paul Sychev. 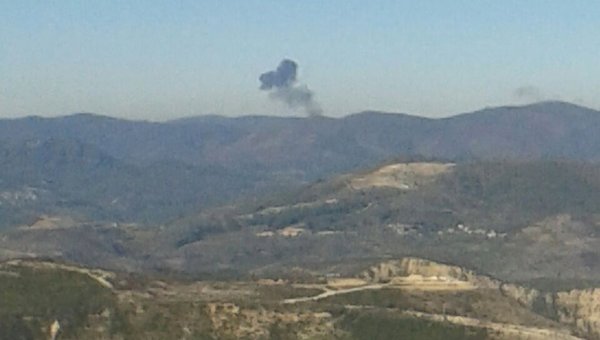 MOSCOW, 24 Nov. Member of the RF Public chamber (OP) Pavel Sychev offers to make Turkey in the sanctions list, a ban on the import of food products to Russia in response to the situation with the downed Russian su-24 bomber in Syria.

“I believe that the ban of food imports from Turkey will be logical, this step should be one of the responses to the situation with the downed Russian bomber su-24. The corresponding address I intend to send to the government of the Russian Federation”, — reports the words Sychev press-service OP.

On Tuesday the Russian su-24 aircraft crashed in Syria. The President of Russia Vladimir Putin announced that the plane was shot down by a rocket type “air-air” with a Turkish F-16s over Syrian territory, and fell in Syria four kilometers from the border with Turkey. The Russian President called it a “stab in the back” by the accomplices of terrorists.

On Tuesday, Vice-speaker of the state Duma Nikolai Levichev (“Fair Russia”) sent a letter to the head of Rosaviatsiya Alexander Neradko with a request to consider the full termination of flights between Russia and Turkey due to increased risk of a terrorist threat to Russian aircraft. According to him, Turkish Airlines currently operates flights from Istanbul and other Turkish cities in a number of settlements located in an area of high terrorist risk.