The survey, which was attended by 1,600 people in 130 populated localities in 46 regions of Russia, revealed that in may 2014, the rating of the party “United Russia” was about 60%. 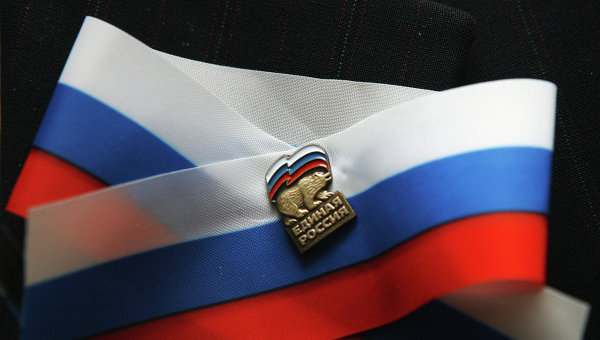 MOSCOW, 24 Nov. “United Russia” was unable to hold the level of electoral support achieved against the background of the Crimean events: in may 2014, the rating of the party was of the order of 60%, then in June of the same year it had fallen to 55%, and in November 2015 is 52-53%.

On Tuesday, the Russian public opinion research center presented the ratings-job approval of the President of Russia Vladimir Putin and electoral support of the party “United Russia”. All-Russian VTSIOM polls conducted in the years 1999-2015, each of them were interviewed 1,600 people in 130 populated localities in 46 regions of Russia. The statistical error does not exceed 3.5%.

“Compared with 2003, an increase of over significant (from 29% in October 2003). In contrast to the President’s approval rating, the indicators for United Russia were unable to hold on the installed bracket. In June 2014, it dropped to 55%, then fluctuated in the range of 55-59%, and in November dropped to 52-53 percent”, — stated in the materials research.

General Director VTSIOM Valery Fedorov during the presentation of the study noted that the President’s approval rating (in November 2015 — 87-88%) for today is not situational — “this is a new plateau, and the plateau is very high.” While growing in the last couple of years of socio-economic problems “do not render until the lowering of pressure on the President’s approval rating: the rating separately, economic turmoil — separately”.

“If we talk about United Russia in the Wake of the events of the Crimean spring, her level of support has grown significantly, but this effect weakens, the indicator of the party’s support drops to 52-53%, but still now this figure is higher than prior to the Crimean spring. The lowest level of support of “United Russia” is now recorded among pensioners and low-income citizens. It is obvious that the discontent with the worsening economic situation is translated to the address of the party and not the President”, — said Fedorov.

Thus, among low-income populations, the maximum level of support of EP was 48% in June 2014 and since then only decreased, and in November of the current year was 38%, say the sociologists. Among pensioners the level of the party’s support is at 47 percent — lower than in other age groups.