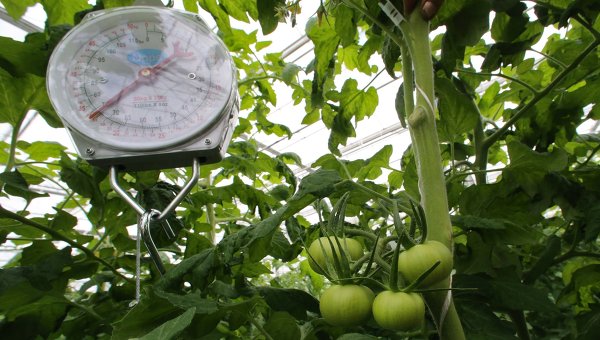 KHABAROVSK, 25 Nov. The first part of the greenhouse complex, which is being built near Khabarovsk with participation of investments of the Japanese company JGC Corporation, will be commissioned in January 2016, and in February products are already will start to arrive in stores, according to the authorities of the Khabarovsk territory.

Greenhouses are being built on the site of industrial Park “Avangard”, which is part of the territory of advancing socio-economic development (TOR) “Khabarovsk”. Constructing the greenhouse is a joint Russian-Japanese company JGC company Evergreen.

“By estimations of investors, the complex is ready on 85%. At the site of 2.5 hectares already built greenhouses, boiler room, the seedling Department. Now comes the most responsible stage — the connection of the enterprise to heat. To put into operation the first phase of the complex is planned in January 2016, and in February will start supplying fresh tomatoes and cucumbers in a retail network of Khabarovsk,” — inform the authorities.

It is noted that the power of the greenhouses in the first phase will be 1.4 thousand tons of vegetables a year, at the second stage — 5.6 thousand tons per year. The plans of the investor — the expansion of greenhouse farming to 10 acres. It will grow cucumbers, tomatoes, red peppers and strawberries.

Earlier it was reported that the annual demand of the Khabarovsk territory in vegetables is about 160 thousand tons, most of them imported from China.