GROZNY, November 24. The head of Chechnya, Ramzan Kadyrov, accused Turkey of treachery and expressed confidence that the authorities of this country will long regret the incident with a Russian military plane in the skies over Syria. 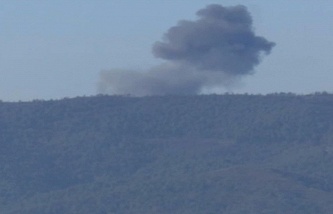 “I have no doubt that Turkey will be a very long time to regret it. So insidiously not come those who in each case speaks of friendship and cooperation”, – wrote Kadyrov on his page in the social network.

“I consider it my duty to state that I, personally, Chechen Republic, the entire Chechen people ready to run an errand and the order of any complexity (the Russian President). For this we have the will, determination, well-prepared forces and thousands of volunteers! We are always waiting for the order! Make sure you are doing it the true patriots of Russia”, – said Kadyrov.

The incident with su-24

Russian military aircraft su-24 was shot down November 24, Turkish F-16 fighter in the Syrian Arab Republic, the Ministry of defense of the Russian Federation. The Agency argues that violations of the airspace of Turkey was not.

The President of Russia Vladimir Putin called the attack of Turkey on su-24s in Syria Backstab Russia, which caused the accomplices of the terrorists.

According to him, the incident would have serious implications for relations between Russia and Turkey.