MOSCOW, November 24. Russia is interested in stability of Afghanistan and is prepared to continue to provide grant military aid.

This was stated by the Chairman of the Federation Council Valentina Matvienko at the meeting with Chairman of the upper chamber of the National Assembly of Afghanistan Hadi Fazli Muslimyar. 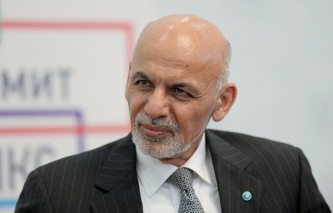 Afghanistan’s President: Russia is the fourth largest trade partner of the Republic of

“We will continue to work for the organization Pro Bono delivery to Afghanistan arms and ammunition”, – she said. “Russia is interested in strong and stable state in Afghanistan. We will continue to assist your country in the formation of an efficient army, police, train their employees through the competent Russian authorities”, – said Matvienko.

According to her, the Russian side also welcomed the commitment of the government of Afghanistan to modernize the air force of the country.

The speaker of the Federation Council expressed concern about the spread on the territory of Afghanistan influence and banned in Russia the terrorist group “Islamic state” (IG). “We note the extension of the influence and the growth of the group “Islamic state” in Afghanistan, and the desire to absorb other armed opposition groups, including some groups of the Taliban, ‘ she said. According to him, Russia is also concerned about the outbreak of fighting ISIS versus the Afghan national security forces in one of the provinces of Afghanistan.

Matviyenko also said that Russia supports Afghanistan’s striving to become a permanent member of the Shanghai cooperation organization (SCO) and counts on the connection of the Afghan partners in the activities of the regional anti-terrorist structure of the organization. 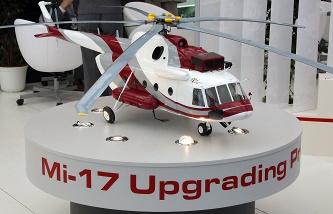 “We support the aspirations of Afghanistan to raise their status in the SCO to permanent member, which you confirmed in its recently filed an official request”, said the Russian Senator, confirming continued support by Russia of Afghanistan’s aspirations to develop cooperation with the SCO. According to Matvienko, to join the SCO Afghanistan “will need to have already traversed India and Pakistan the way with observance of all necessary formalities”.

“Given the increasing importance of regional security issues on the agenda of the organization we look forward to engaging Afghan partners in practical activities of the regional antiterrorist structure, and also to implement anti-drug strategy of SCO for 2011 – 2016”, – said the speaker of the Federation Council.

Currently Afghanistan has observer status in the SCO.