At a meeting in Sochi with the Jordanian king Abdullah II, the Russian President said that the Russian and Jordanian military and special services already operate in this direction. 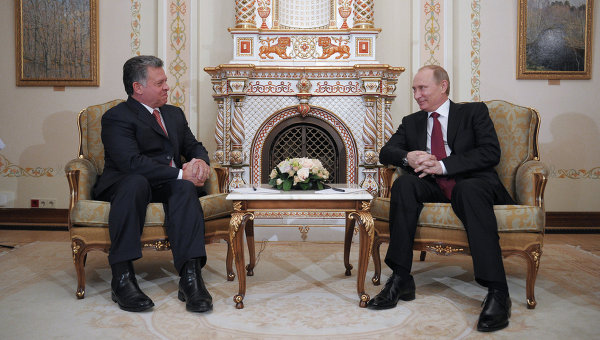 SOCHI, 24 Nov. Russia and Jordan should join efforts in the fight against terrorism, military and intelligence agencies operate in this direction, said Russian President Vladimir Putin.

“We are constantly in contact… Today, when there is such a serious struggle against international terrorism, we must join together, obviously. I am very pleased that our military, special services operate in this direction”, — Putin said at a meeting with Jordanian king Abdullah II.