It is noted that special attention at the meeting focused on the programs of import substitution in the military-industrial and agrarian complexes. 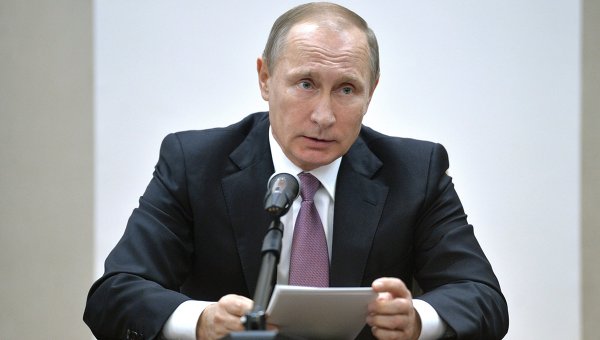 MOSCOW, 25 Nov. The President of Russia Vladimir Putin will hold in Nizhny Tagil the meeting of the Presidium of the State Council, the theme of which will be the implementation of import substitution in Russia’s regions.

The meeting is expected to report to the Minister of industry and trade of Russia Denis Manturov and some governors, as well as exchange of views.

Then the President will visit the large defensive enterprise “Uralvagonzavod” and will hold a separate meeting on his work.

The problem of import substitution, which largely depend on many sectors of the Russian economy, worsened after complications of relations with the West in 2014 in connection with the situation in Ukraine.

At the end of July 2014, the EU and the U.S. announced sanctions against several sectors of the Russian economy on the background of the conflict in Ukraine. In response, Russia in August 2014 restricted imports of food products from countries that have imposed sanctions against it, and declared the policy of import substitution. In the summer of 2015, the sanctions and retaliatory measures of the Russian Federation were extended for another year.

Import substitution programmes are conducted in all sectors of the Russian economy, but primarily in those that suffered most from the sanctions. At the same time, the Russian authorities have repeatedly said that Russia has no plans to build a closed economy and lock the doors for cooperation with foreign partners.

Special attention is paid to the programs of import substitution in the military-industrial and agrarian complexes.

According to supervising defense industry Deputy Prime Minister Dmitry Rogozin, the most difficult and important specimens of weapons and military equipment previously delivered to Russia from abroad, will be replaced by 2018.

Russia also gives priority to the question of substitution of imported agricultural products: a list of four to six investment projects aimed at increasing domestic production of goods of this group, for their support of their budget allocated to 255 billion rubles. The President has previously noted the success of import substitution in the dairy, meat and fish products.

Prime Minister Dmitry Medvedev in early August signed documents of the government Commission on import substitution, which he headed.

The governmental Commission on imports is a coordinating body formed for ensuring of the agreed actions of Federal Executive authorities, authorities of RF subjects and local authorities and organizations in order to implement the state policy in the field of import substitution.