SAMARA, November 24. /Corr. Alexey Sokolov/. More than a thousand of cars LADA Vesta will be sold on Tuesday after 20:00 GMT in 25 cities of Russia. They created the new design concept LADA. It is expected that the “first thousand” will find their buyers on the first day of sales, said in the press center of “AVTOVAZ”.

Presentation of the new corporate identity

At dealerships within the sales start on Tuesday held a special event Night Vesta. Offers contests, in particular, they were asked to guess the price of new items. The prize is a certificate for extraordinary purchase of LADA Vesta.

The data on bundling and prices are expected to stocks Night Vesta in Izhevsk personally will be announced on Tuesday, the President of “AVTOVAZ” Bo Andersson.

Together with the start of sales in the dealer center “IZH-Lada” is also a presentation of the new corporate style of LADA dealers. “IZH-Lada” became the first dealership, completely renovated according to new corporate identity, and it will be an example for other centers, said the company.

The car is equipped with the Russian 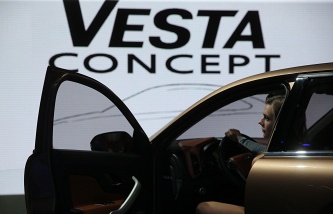 LADA Vesta should be the most equipped car in its segment already in the basic version. It is expected that in the minimum configuration in the car are anti-lock braking system (ABS), electronic stability system (ESP), airbag, emergency announcement system “Era-GLONASS”.

Serial production of LADA Vesta began at the plant “IzhAvto” on September 25, 2015. The end of the year it is planned to produce five thousand “the West”, in the next year to 70 thousand. From September 25 to November 11 were produced 1197 cars that is 300 more cars than originally planned. According to preliminary data, the price model may range from 495 to 600 thousand rubles.

As previously stated Bo Andersson, LADA Vesta should become “the best Russian car of the year 2015”. “LADA Vesta – the first car created by new design concept LADA, and it can be called the first truly new Russian car in the last decade”, – noted in the press center of “AVTOVAZ”.

Bo Andersson was the first to set an example 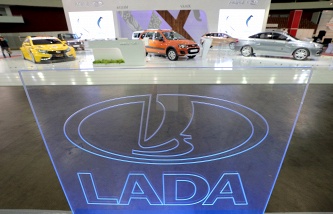 From “Penny” to “the Priory”: the famous cars of AVTOVAZ

Officials of the Samara government will ride next year for LADA Vesta in 2016 will be purchased at least 50 such vehicles. This was reported previously following the meeting of the oblast Governor Nikolai Merkushkin, the President of “AVTOVAZ” Bo Andersson.

The Governor appreciated the quality of the novelty of “AVTOVAZ” and said that considering the purchase of the LADA Vesta for yourself. Last year, the example provided by Bo Andersson – he got behind the wheel of the first assembled in the plant LADA Largus VIP. After that, the entire service fleet of top managers of AVTOVAZ was transferred to the cars of a domestic production.

According to the Governor, in perspective, 80-90% of officials and employees of state-owned enterprises in the Samara region will change on the production of cars “AVTOVAZ”.

“We made one copy of the LADA Vesta Signature, but we plan to release a limited series of this car”, he said. According to Andersson, in the beginning on the vehicle you plan to install the engine VAZ volume of 1.8 liters, then you can also use the engine from Nissan. The sedan is lengthened by 25 cm, the weight of the machine compared to standard “Vesta” increased by 100 kg. the Timing and amount of release of the first batch of new items not yet known.

As expected, the LADA Vesta Signature can attract Russian businessmen and officials.