MOSCOW, November 25. The head of the Federal Agency for tourism (Rosturizm) Oleg Safonov because of the situation around Turkey has interrupted his visit to Vietnam, where he participated in the 18th meeting of the intergovernmental Russian-Vietnamese Commission on trade-economic and scientific-technical cooperation. This is stated in the message of the Federal tourism Agency. 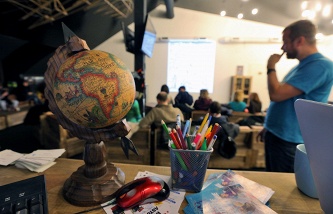 “The head of the Federal tourism Agency directly coordinates the work of Federal Agency for tourism to protect the interests of Russian consumers of tourist services following the statements of the Russian Foreign Ministry about the growing terrorist threat emanating from the territory of Turkey, and the recommendation to Russian nationals to refrain from visiting this country”, – reports the Agency.

Previously Rosturizm recommended Russian tour operators and travel agents to suspend the promotion and implementation of tourism products and individual tourism services in Turkey, including through third countries. This happened after front-line bomber su-24 Russian air group was shot down by Turkish fighter F-16 crashed in Syria.

As reported by the Federal tourism Agency, the Russians have the right to demand a full refund of the cost of tours to Turkey in connection with the recommendation of the Ministry of foreign Affairs (MFA) of the Russian Federation and Minister to visit the country because of security threats.