A contract to supply 50 train cars “Mail of Russia” the Tver carriage works was signed in October of 2015, with the active assistance of the regional authorities, said the representative of the press service of the government of the Tver region. 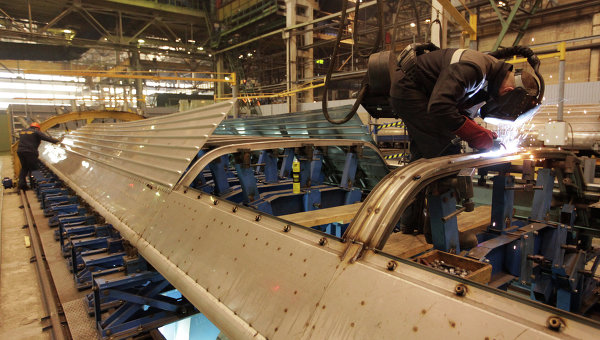 TVER, 24 Nov –, Alex Captains. The government of the Tver region has assisted in obtaining locomotives of the order of FSUE “Mail of Russia” on building the party from the 50 improved baggage and mail cars, said the representative of the press service of the regional government.

“An important role in securing plant orders for this year have played in the region. In recent years the regional government negotiated with Federal agencies for the purposes of capacity utilization of the plant. In the result of adopted solutions to ensure the download of the enterprises orders “mail of Russia”, the Ministry of internal Affairs, the Ministry of defense and “Federal passenger company”, — said the Agency interlocutor.

According to him, a contract to supply 50 train cars “Mail of Russia” was signed in October, funds to upgrade the rolling stock allocated by the government of the Russian Federation in the framework of state support of the industry.

“Cars “mail of Russia” have advanced technical characteristics. The constructional speed of 160 km/h allows to use them not only in the postal-Luggage trains, but also passenger,” — said the Agency interlocutor, adding that just this year the factory released 256 cars of various types.