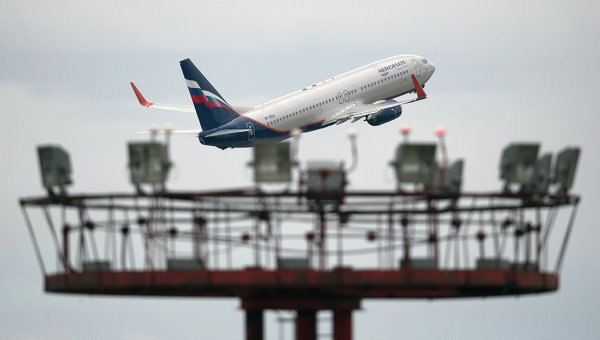 MOSCOW, 26 Nov. Prohibition of flights of all Russian airlines through the airspace of Ukraine, which entered into force from 01.00 GMT Thursday, increased the length of three flights of “Aeroflot”, the schedule is adjusted accordingly, said the official representative of the airline.

Ukraine on Wednesday decided to ban Russian airlines to use the country’s airspace for transit flights. Rosaviatsia about 22.30 Moscow time environments has confirmed the receipt of the letter from Ukraine.

Just transit through the airspace of Ukraine enjoyed three flights of “Aeroflot”. So, from Moscow the territory of Ukraine was crossed by flights to Chisinau, Bucharest and Tivat. A flight to Chisinau will be extended to 60 minutes one way, said the official representative of “Aeroflot”.

“At this point in the flight schedule are to be amended,” — said the official representative of the airline.

The representative of Federal air transport Agency said on Wednesday that Ukraine imposed a ban on transit flights over its territory maloaktiven for Russian civil aviation, as after the crash near Donetsk the vast majority of airlines of the Russian Federation refused for security purposes, from performing transit flights through the airspace of Ukraine.